On June 11, 1852 a prize fight was waged between Michael Welsh and James Cramer on Red Hook Point. It was attended by a crowd of approximately 600-700 people. The one police officer on the scene realized that he could not stop the event by himself and left to get reinforcements. The match was in the 8th round when he returned with backup. Mr. Welsh was arrested but most everyone else, in a chaotic scene, escaped on boats. 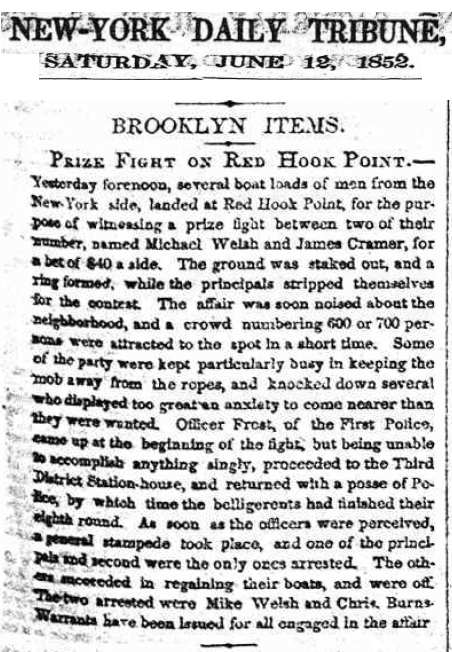