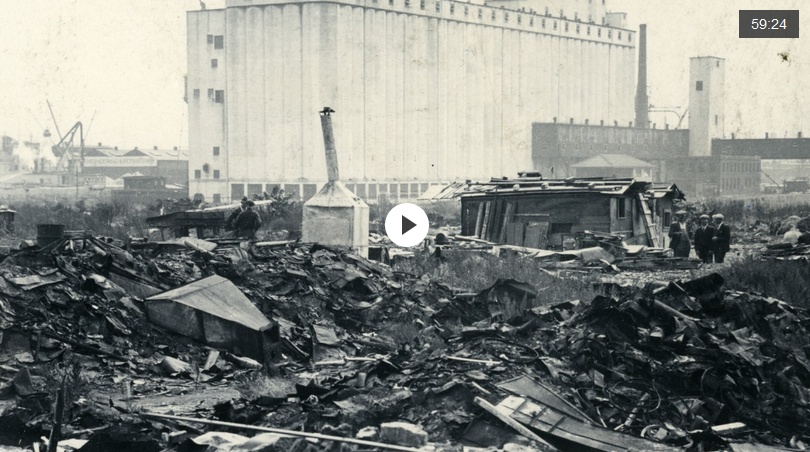 [Links to the video below]

Ørkenen Sur. A Norwegian documentary made in 2015 about the shanty town that existed int Red Hook from the early 1920s to the mid 1930s. Known by names including Ørkenen Sur (the bitter desert), and Tin City. It was home to down and out sailors and other folks who built their own community and eked out a meager existence in an area in and around what is now the Red Hook Ball fields.

Although the film is in Norwegian the story comes across, with the visuals and bits of familiar sounding words.

It is based on the research of scholar Rodger Kvarsvik NRK's (Norwegian TV company) description, translated: "Norwegian documentary. For many years went Norwegians across the oceans in search of happiness and prosperity. But not everyone found it promising countries. From autumn 1929 affected the economic depression several thousand Norwegian sailors in the United States. Many of them settled on a landfill in Brooklyn. Between barrels, pipes and in wrecked cars they made their home and where they lived, in summer and winter. Instead evolved into a separate small community that was nicknamed "Desert Sur". This movie is about some of those who experienced poverty while America."

Unfortunately the video s no longer available on NRK's website. (As checked in January 2022)