Please enable JavaScript in your browser settings.
Fullscreen MapMap Show Current LocationMy Location Get DirectionsDirections
"Considerable excitement prevailed along the wharves last evening from an attempt on the part of some quarantine officers to seize some of the merchants vessels, the owners of which having, it appears, disregarded the rules established by the Quarantine Commissioners by taking their craft above the Atlantic dock, Brooklyn."

The concept of quarantine has been around for a long time. As early as A.D. 549, the Byzantine emperor Justinian ordered the isolation of people traveling from places ridden with the bubonic plague.  Not dissimilar to the social distancing in the face of COVID-19 in 2020. 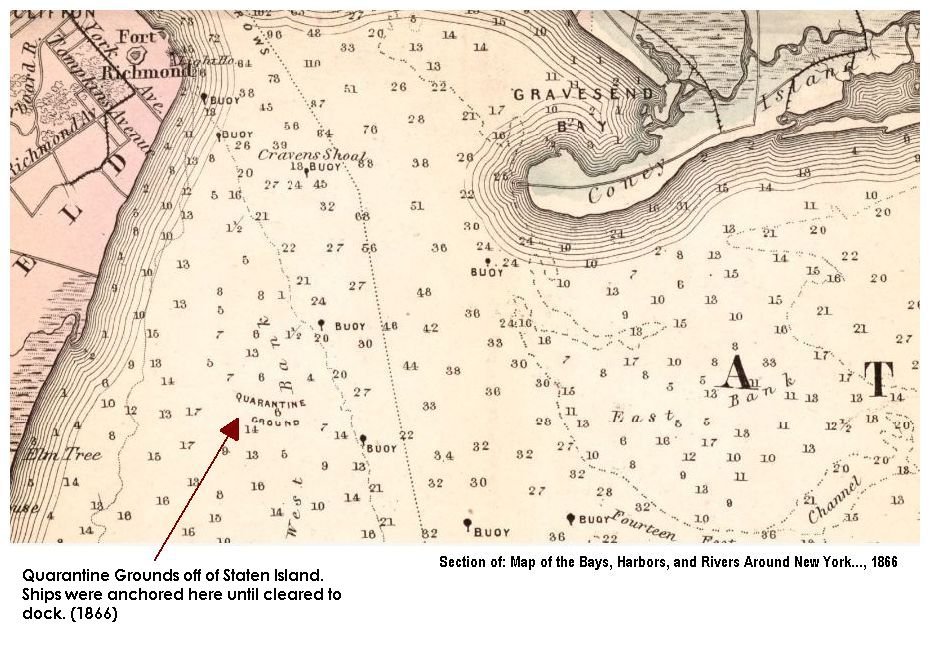 In the 1800's, it was outbreaks of cholera and yellow fever that were scaring and killing people.

Yellow Fever is at our very doors; it is at the Quarantine, and an infected ship is at the Atlantic Docks.  We do not know that are any cases of sickness in the city; but we know that sailors from infected vessels have got here.  Do the people realize their danger, while the streets remain in present shameful condition?  This delay is worse than recklessness; it is criminal trifling with human life.  The Aldermen have already incurred a fearful responsibility.  Do they know that they are sowing the wind at risk of reaping the whirlwind?  If we are to avert the threatened pestilence, we must insist that the Board of Health shall clean the streets now, immediately, without regard to cost or legal consequences, We cannot, must not, wait.


Increasing trade and globalization enabled ailments, like yellow fever, to spread around the world more efficiently than ever before. To combat the spread of yellow fever and other diseases like it, quarantine commissions were formed to minimize the threat, while being mindful of port efficiency.

Then, as now, plans didn’t always go off without a hitch.

It is a story of a tug-of-war between a ship of the Quarantine Commission and the Brooklyn Health Officer; a battle of jurisdictions, and the struggle to find a balance between keeping people healthy and the keeping the economy going.

A bark, a brig, and a ship are released by the Quarantine Commission and allowed to go to the Atlantic Docks.  (A bark, brig and ship are different types of sailing vessels, with distinctive numbers of masts and types of rigging).  There they secure permits from Dr. Cochrane, the Brooklyn Health Officer, to go to other Brooklyn piers – in violation of the Quarantine Commission’s directive that they don’t go above the Atlantic Docks.  The steamboat FLETCHER, a boat of the Quarantine Commission follows the brig to a Baltic street pier, and attaches hawsers (thick rope) to her with the intention of towing her away.  Dr. Cochrane arrives on the scene, orders the hawsers cut and the brig returned to the pier.  The scene repeats when a Metropolitan Police boat comes to the aid of Quarantine Commission. Again, Dr. Cochrane orders the line cut and backed by a crowd of laborers and longshoremen, tells the police from NYC that they were trespassing in Brooklyn (an independent city until 1898).

Cochrane believed that if a boat was given a permit, and cleared of quarantine, then it should be allowed to go wherever the owners wanted.

Concerns about yellow fever would lead to the establishment of the National Board of Health, enabling the federal government to step in.  Local quarantine stations were gradually turned over to the federal government, following the enactment of the National Quarantine act of 1893, and fully nationalized by 1921.  In 1944, the Quarantine Service, a section of the U.S. Public Health Service was given responsibility for preventing the introduction, transmission, and spread of communicable diseases into the United States. In 1967, it was transferred to CDC. 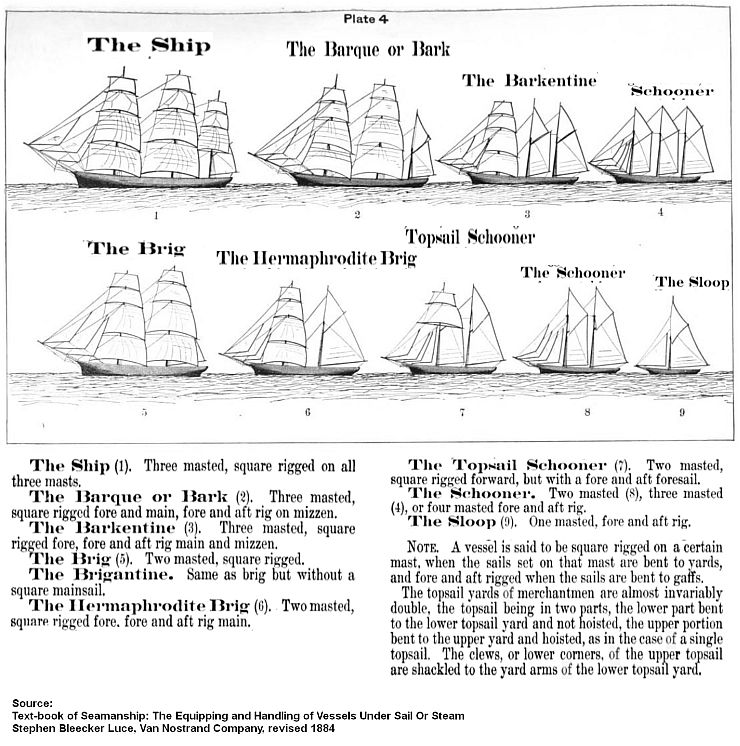 Considerable excitement prevailed along the wharves last evening from an attempt on the part of some quarantine officers to seize some of the merchants vessels, the owners of which having, it appears, disregarded the rules established by the Quarantine Commissioners by taking their craft above the Atlantic dock, Brooklyn. Three vessels---a bark, a brig and a ship---after stopping at the Atlantic dock secured permits from the Health Officer Cochrane to pass on to their respective piers. The bark was taken to the dock as the foot of Baltic street, the brig to Prentice’s dock and the ship to the foot of Union street.

THE QUARANTINE BOAT AFTER THEM.

The officers on board the Quarantine boat observing the proceedings, came over the foot of Baltic street and attached hawsers to the brig for the purpose of towing her off. Dr. Cochrane was then sent for, and proceeded at once to the dock, where he ordered the men on board the bark to cut the hawsers and protect themselves. This order was obeyed, and the bark was again hauled back into her position at the wharf. This proceeding occasioned

Large crowds of laborers and longshoremen assembling upon the wharves and expressing their willingness to beat off the parties acting under direction of the Quarantine officers, whom they looked upon as trespassers.

Dr. Cochrane called upon Captain Smith, of the first precinct, to detail two or three policemen to aid in protecting the vessels, but the captain refused to do so, on the ground that he had not received any orders from Inspector Campbell.

The officers on board of the Fletcher sought the aid of the Metropolitan police, and the police boat Metropolitan steamed over to Brooklyn and landed a number of officers on the wharf, who were about to make another effort to seize the vessel, when Dr. Cochrane ordered them off, telling them they were trespassers, and the formidable appearance of the large body of men who stood at the Doctor’s back was enough to intimate the men who had come from New York. In the meantime, the Fletcher had proceeded to Prentice’s dock and

MADE FAST TO THE BRIG.

Mr. Prentice hastened to Dr. Cochrane informed him of the fact, and when the Doctor reached the wharf the Fletcher was just about towing the brig out. Dr. Cochriane ordered the men to cut the hawsers and let the vessel go. The orders were immediately complied with. The Doctor then told the men on the vessel to cut away every line which the Fletcher attempted to attach to them. The Doctor says he is acting under the advice of the Board of Health of Brooklyn and of the Corporation in this matter.

THE RIGHTS OF MERCHANTS

The Doctor says that if the Commissioners grant a permit to a vessel to come up from Quarantine the owners have a right to take her to any dock along the riverfront. He did not think that Dr. Carnochan had any hand in these proceedings; though he was too much of a gentleman, and these outrages were perpetrated by some of the understrappers.