The Brooklyn Bridge is a suspended by four main steel wire cables. It became the first major bridge of its kind when it opened for service in May 1883 and it's unique design remains essentially the same today.

The concept of suspending a bridge with steel cables was cutting edge technology of its day, and no one was producing anything of sufficient length. In part due to local politics, the contract to make the wire was given to the Eagleton Manufacturing Company's facility on Imlay street, very near Red Hook's Atlantic Basin. The factory, generally called the Brooklyn Wire Mill, made furniture springs and hoop skirt crinoline wire for the oversized costumes of Victorian era ladies - not the wire of the caliber and length needed for the bridge. Under the plant management of Joseph L. Haigh the operation did not go smoothly or without scandal. 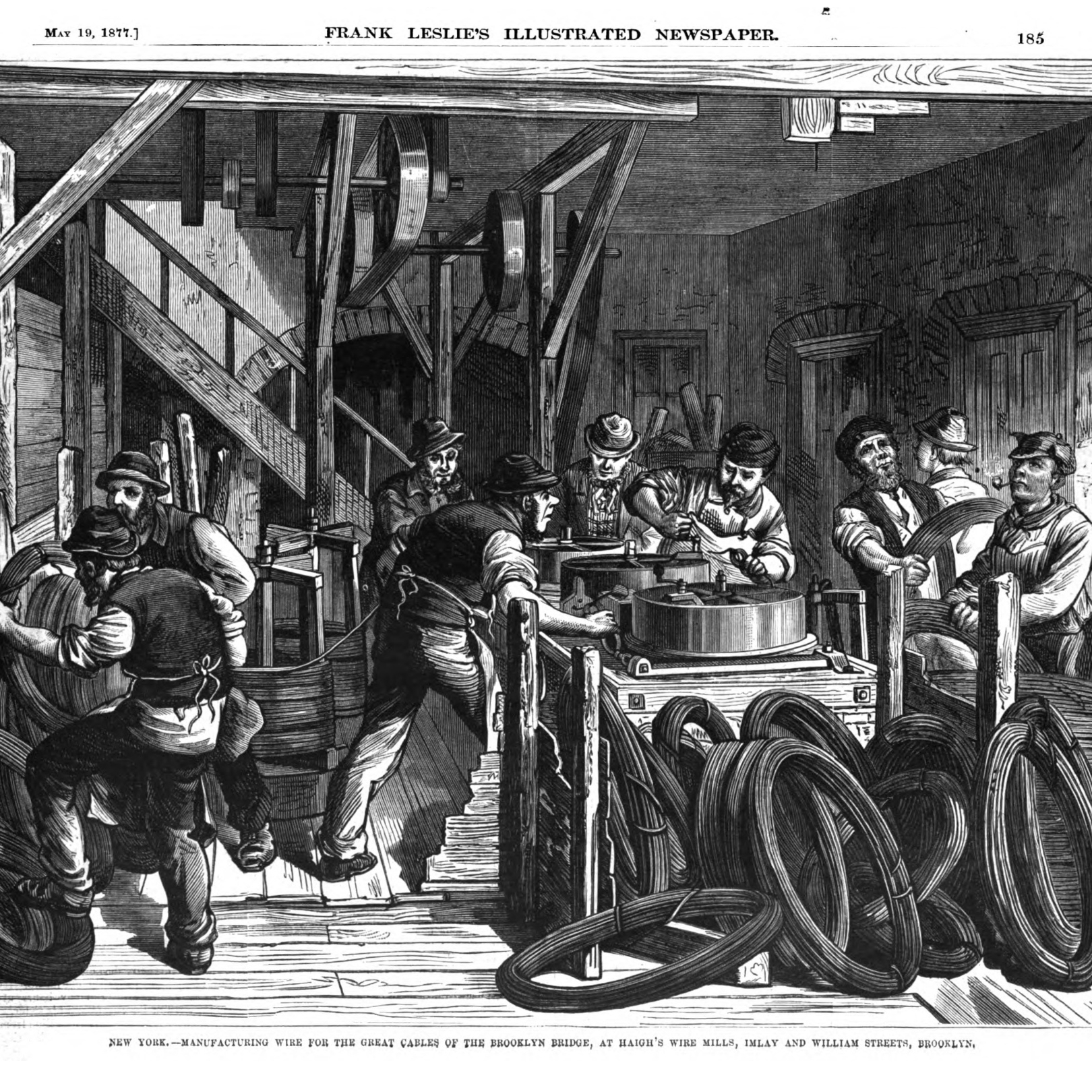 Washington Roebling, the bridge's architect and builder wrote up the specification for the bridge cable and put Wilhelm Hildenbrand in charge of that aspect of the project. A plan for rigorous testing the cable was set up, for as Roebling explained “If a weak wire is spliced to a strong one and stretched from tower to tower, the strength of the weak wire is the measure of the whole length”.

Production seemingly started out well but in 1878, it was discovered Haigh had been secretly shipping lower strength wire to the splicing yard. Haigh was repeatedly caught and cautioned to stop delivering inferior cable but his company continued to find ways of sneaking in lesser cable as inspected lengths. Roebling and the Bridge's trustees were aware of the problem but no action against Haigh was made.  Focusing on just the issue of functionality, Roebling directed that more wire strands than originally planned for be added to the bridge's cables to give them the desired strength. Haigh did end up going to jail, but for financial irregularities.

The factory building, 163 Imay Street, has had many uses over the years, not just a spring and wire cable factory but also the home of  a "tissue paper syndicate" (1922) and the Balsa Wood Company.  It is currently owned by Yeshivath Kehilath Yakov Inc.

More about the Brooklyn Bridge's wire cabling, its design, politics and scandal can be read in: