Please enable JavaScript in your browser settings.
Fullscreen MapMap Show Current LocationMy Location Get DirectionsDirections
“Some people say “I’m an artist”, the old man said, “and some say I am not. Anyway, I’m a painter. I am at heart a Sailor, though. For twenty-five years I hauled yards and scrubbed deeks on Yankee Ships.”

William Yorke was an artist who lived on a boat in the Erie Basin with his wife, son, and two dogs in 1882. 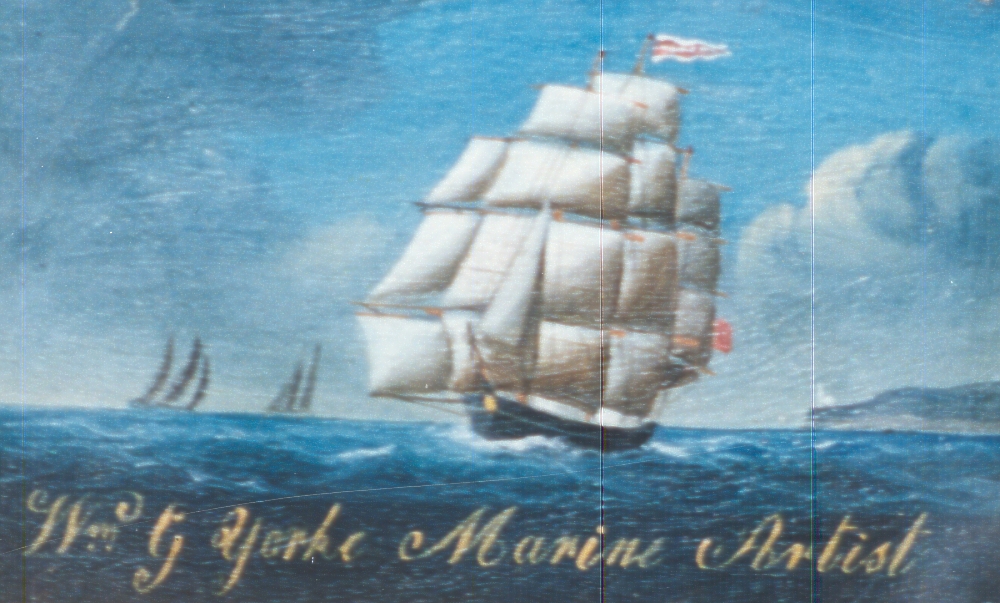 After his boat was destroyed in a steamboat accident and Yorke was found living in a hut by the waterfront with his family, his story was picked up by several newspapers.

For a living, Yorke painted ships. When the weather was warm enough, he would set sail in his boat along the Basin and drift “among the ships in search of commissions” (A Cruise in Erie Basin). Yorke described himself an artist. He said “some people say ‘I’m an artist’... and some say I am not. Anyway, I’m a painter. I am at heart a Sailor, though. For twenty-five years I hauled yards and scrubbed decks on Yankee Ships” (Unique Painters of Ships). 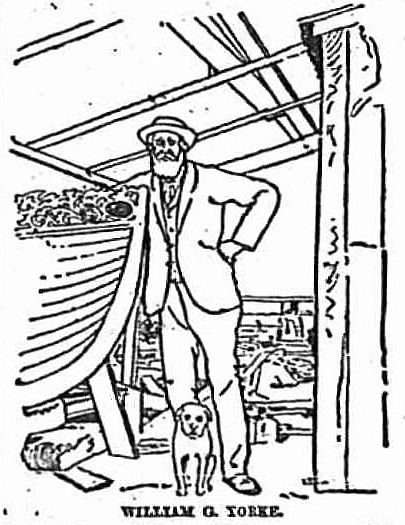 Mr. Yorke never had any formal education, but since his childhood in Maine, he had always felt comfortable around the water, and would make his career as a sailor before he started painting. While he was at sea, Yorke started sketching. At one point, he took some lessons. For a while, Yorke lived in Liverpool, painting and making money off his craft, money which he used to support his family.

Eventually Yorke moved back to America. He lived in the Erie Basin on a boat with his family. He would seek commissions to paint portraits of the ships that came into the harbor, making enough money to lead a satisfied and fulfilling life.

Unfortunately, tragedy struck. One day when Yorke was out with his boat collecting orders, a steamboat ran him down, cutting his boat in two. The boat sank taking with it $75, all that Yorke had to his name. In order to create a home for his family, Yorke bartered the painting the portrait of a new ship, for the right to build a home in an undeveloped section of the Erie Basin waterfront.  The new home wasn’t much, but the small shack built on the wreck of a canal boat was enough for his family. As Yorke said, “Here’s the cabin, and a snugger and more weather-tight little place you can't find…. On stormy nights the wind and the waves rock us back and forth on the old wreck just enough to remind me of the good old days in the Yankee Brig.” 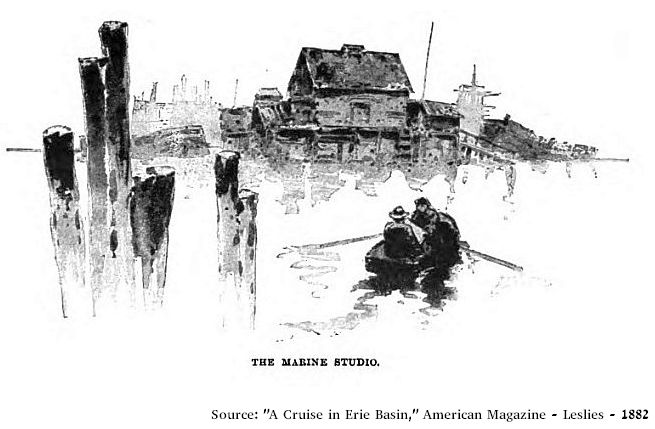 The Evening Journal newspaper painted a very different picture of Yorke’s hut.  It described it as a “wretched hut” and reported that Yorke, his wife, and son were “on the verge of starvation.” This article says that Yorke was blinded by the steamship accident, which all but destroyed his career in art, and his wife ended up a cripple. They lost their whole livelihood when the boat went down, and Yorke’s wife was dressing up as a boy to make a living for them.

Either way, this story has a happy ending as John H. Starin, a U.S. Representative from New York, took the family into one of his lodging boats in Staten Island, and stated he would work to find them a permanent home. 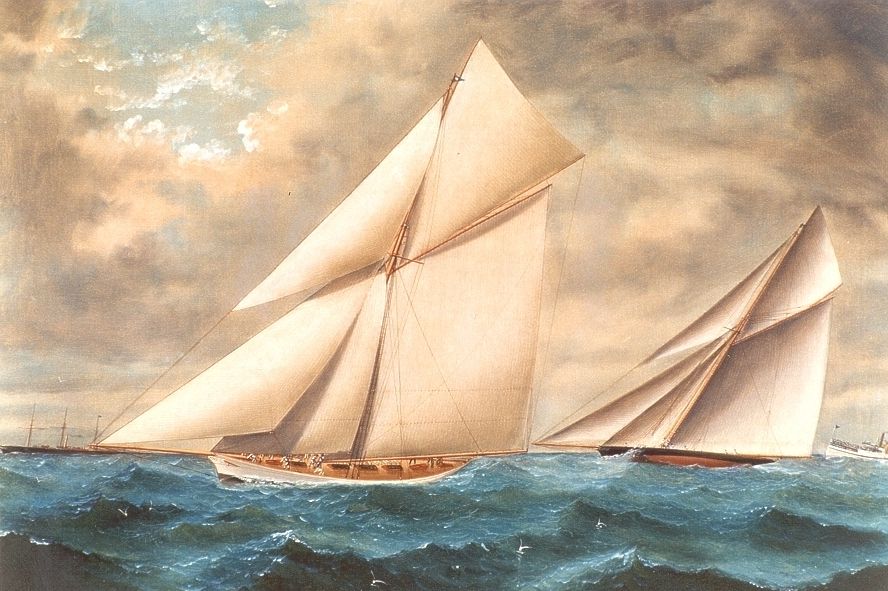 Text of article in the
Albany Evening Journal, NY, December 11, 1882


FOUND IN A WRETCHED HUT.
The Pitiful Tale of an Old Blind Artist and Brave Young Wife.

An old blind artist, his young wife and their 8 year old son were discovered a few days ago on the verge of starvation living on the deck of a half sunken canal boat in the Erie Basin in a shanty that had been made of old planks, and old pieces of tin and oil cloth. The man, when the police found him, spoke with an accent of an intelligent and educated person. The handsome young person dressed in men’s clothing who was with him seemed to be a gently bred young man. The old man, however, voluntarily acknowledged that this was his wife. He said that his name was William G. Yorke that his wife’s name was Mary and his boy’s name was William.

“I am” he said “or I was, because I am blind now, a maritime painter, and I came from [--]. I am an old man now – past 80, but for many years each summer I have lived upon the water in my own yacht with my family, painting maritime views. My first wife died
[ten?] years ago and my present wife was then my pupil and she was but 15 years old. A year later she consented to be my wife, and we continued the career we had led. I earned enough in the summer to keep us through the winter, but I was not able to save any money. For several years I have sailed about this harbor in the summer filling orders. Everything in the world we had we kept on the yacht, and we had nowhere else to live. One year after our marriage our boy Willie was born and we kept him with us but we intended to place him at school this winter. On the 9 th of last August, while we were sailing off Bay Ridge, our yacht was run down and sunk by the D. R. Martin, one of John H. Starin’s steamboats. We were fortunately on deck at the time, and although pitched overboard, were rescued by the steamboat’s hands. A flying piece of wood struck me in the eye and destroyed its sight, and my other eye was so badly injured that it too has also ceased to be of use. My wife’s leg was broken and as I did not have the means to have her cared for she has become a cripple for life. All of her clothing was destroyed and all my property, my books, painting material, [$50?] in money and everything that I had in the world went down with the yacht. We were kept aboard the D. R. Martin several days and a collection of $30 was taken up for me. I was then asked to sign a paper releasing the owners of the steamer all responsibility for the accident and I did so.

“We heard of this old canal boat and we came here. My wife had no clothes and we were to poor to buy any. So she dressed up in [--] that was given to me. She has since been known as my son Joe. She cut her hair short and her disguise has not been detected. We haven’t had much to eat, because we wouldn’t beg but we have managed to keep alive. We built this shanty ourselves and got an old stove.

Police Captain [Kelley] found that the brave little woman, in spite of being a cripple, had cared for the whole family, although she had scarcely left the house. Her face was bronzed by exposure, and she passed readily for a boy. She said smiling that she did not have much cooking to do, as they did not have much to cook. They had no fresh meat since they came there and al there was in the place to eat could have been put into a goblet. They had just 50 cents left. They had obtained an old broken down stove, about the size of a coal shuttle, and had picked up coal in the vicinity. Those who had learned of their distress had offered food and aid, but they were two proud to appear paupers. Captain [Kelley] saw that their rude home was made a little more comfortable by satisfactory supplies, and he sent to the Society for the Prevention of Cruelty for Children to care for them. Superintendent [Williams] found the case not in his jurisdiction but wrote a full account of the facts to Mr. John H. Starin. Mr. Starin promptly sent for the family and lodged him on one of his boats now in winter quarters in Staten Island. Mrs. Yorke has resumed the attire of her sex with clothing furnished by Mr. Wilkins, and much has been done to make them comfortable. Mr. Starin intends to find them a permanent home. 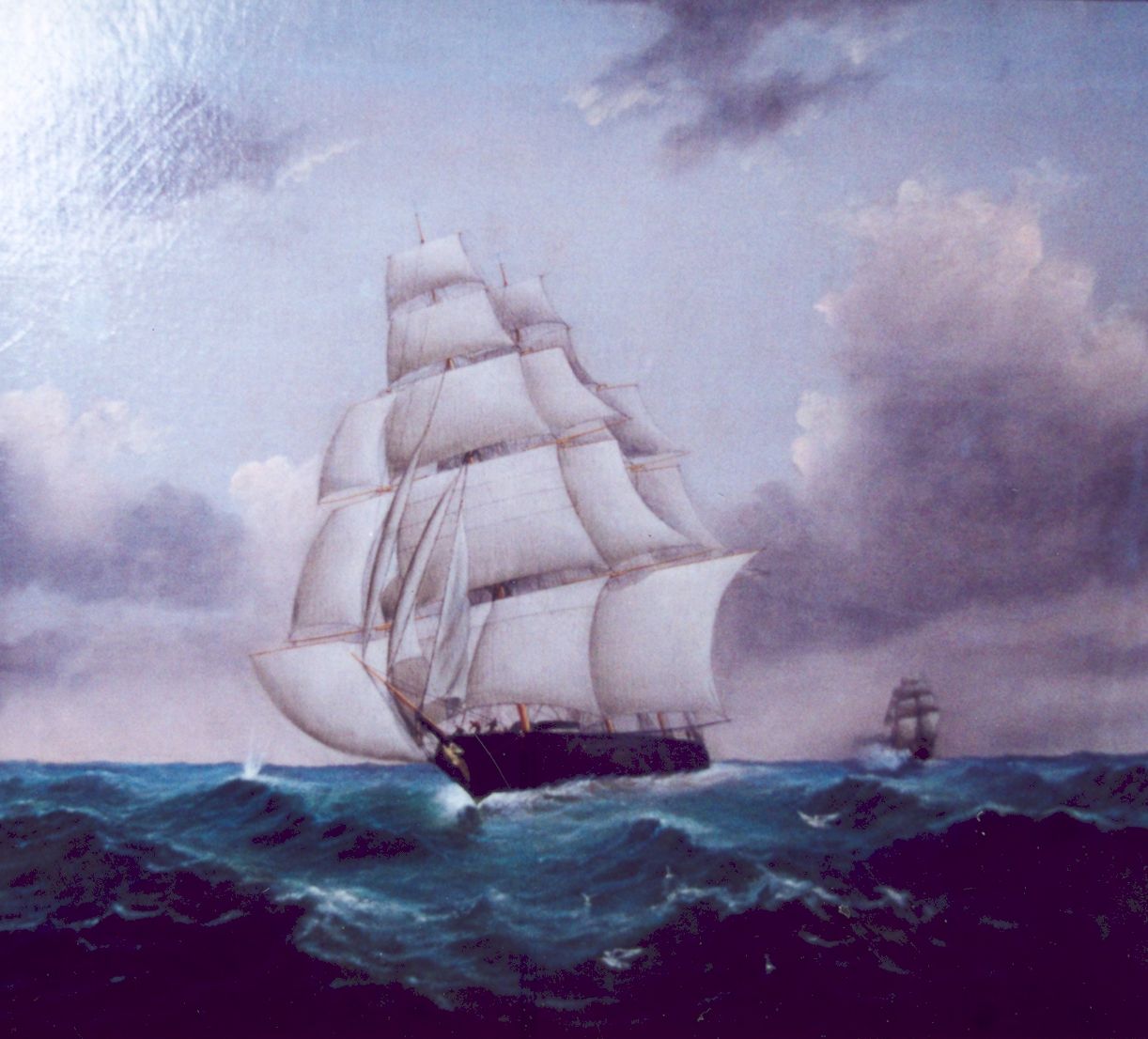