"It would consume too much space, and weary my readers, for me to go into all the particulars of my efforts to perfect my husband’s idea.  The men I employed and dismissed, the experiments I made myself, the frauds that were practiced upon me, almost disheartened me ; but despair I would not , and eagerly I treasured up each little step that was made in the right direction."  - Martha Coston

“So little opportunity have women had hitherto for demonstrating their capability for business, that it can only be indicated by the success of some particular woman in some unusual and exceptional pursuit; and I know of no better illustration than the life and work of Mrs. Martha J. Coston.”  So wrote Sarah B. Stebbins in 1876, in her essay What One Woman Has Done. 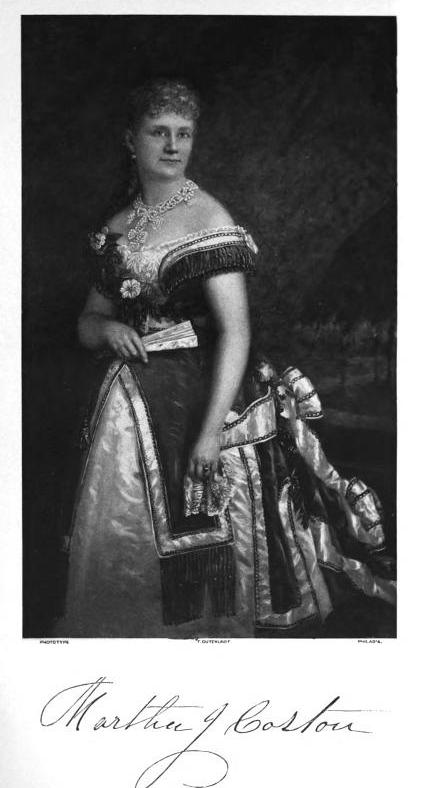 In 1848, Martha Coston was 22 years old and already with 4 children when her husband Benjamin Franklin Coston, an inventor and scientist in the employ of US Navy, died at the age of 27 - possibly from the chemical fumes of his experiments.  The loss of her husband also meant the loss of his income.

Martha, asserting that she “certainly had a right to my husband’s brains,” looked through his papers for an idea that she could capitalize on.  Her search brought to mind his plan for pyrotechnic night signals to enable ships to communicate in the dark from a distance.  Benjamin had made prototypes of the signals and the chemical pyrotechnics for them;  but after much effort by Martha to get the Navy to try them, they proved unsuccessful.  Rear-Admiral Charles Stewart, famous for commanding the USS Constitution during the war of 1812, however, said the idea had merit, and suggested that Martha pick up where her husband left off, for otherwise someone else surely would.  Whether she needed that encouragement or not, the Navy had signaled to her that if she could come up with something that worked, they would be interested.

Martha hired a series of men to help her with the chemistry without complete success. Then in 1858, she witnessed the novel fireworks display in NYC celebrating the completion of the transatlantic telegraph cable.  With that, she found the inspiration for how to bring the night signals into fruition and the technical expert to help her do it.

On April 5, 1859, she was granted (as administratrix of her husband’s estate) a patent for “pyrotechnic night-signals.”  Not long after, the US Navy placed a large order, and with that, Martha Coston was on her way to becoming a wealthy businesswoman with international sales.  A second patent was issued to Martha Coston, herself, in 1871 for improvements to the original idea.  Later in life, Martha Coston would write her autobiography, A Signal Success, which detailed her early struggles and the international travel and respect that her success later afforded her.

The night-signals, were used similarly to how flags were used during the day. Combinations of white, red, and green flares were assigned to mean different numbers which in turn were coded to messages.  21, for example, meant “I am ready.”  The signals found wide use by the US during the Civil War.

The Coston Manufacturing Company continued to develop and produce related products such as a  system of flares used by the United States Life-Saving Service. 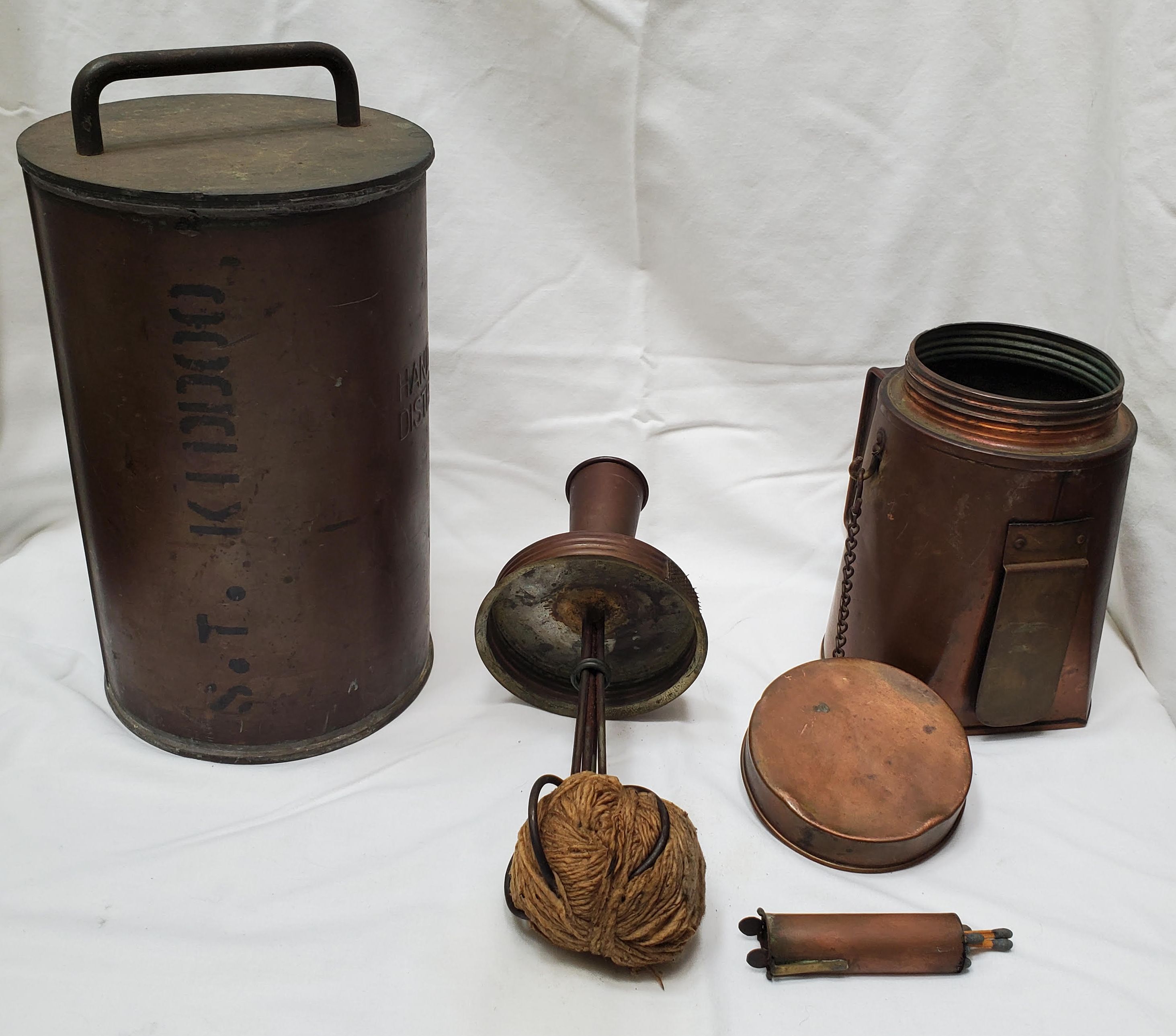 One such invention that became standard issue for the Life-Saving Service was a pair of torches used for lighting the place on the shore where lifeboats should land when returning from a coastal shipwreck.

The US Coast Guard Museum describes these kerosene Flare Pots as being carried by beach patrolmen or carried in the beach cart used to transport rescue supplies and held high or mounted on a wooden staff to warn vessels of danger or to indicate the best landing place for lifeboats.   The handle contains matches ready to strike when the need arose.

A set of these flare pots, was donated to PortSide NewYork by Paul Kennedy. This triggered the research that led us to Martha Coston.

All this got us thinking about an earlier gift to PortSide, from Karen Dyrland, whose father Alf Dyrland was one of the first captains of the MARY A. WHALEN when she was rechristened in 1959, changing her name from S.T. KIDDOO.  That gift returned to our retired oil tanker a heavy brass watertight canister that once held, as its embossed letters say, “HAND RED FLARE DISTRESS SIGNALS.”

Also stenciled on the canister is “S.T. KIDDOO,” the original name of our ship when launched in 1938.  And with that, Martha Coston becomes not only a pioneering inventor and business leader to be remembered, but one of our Red Hook WaterStories too! 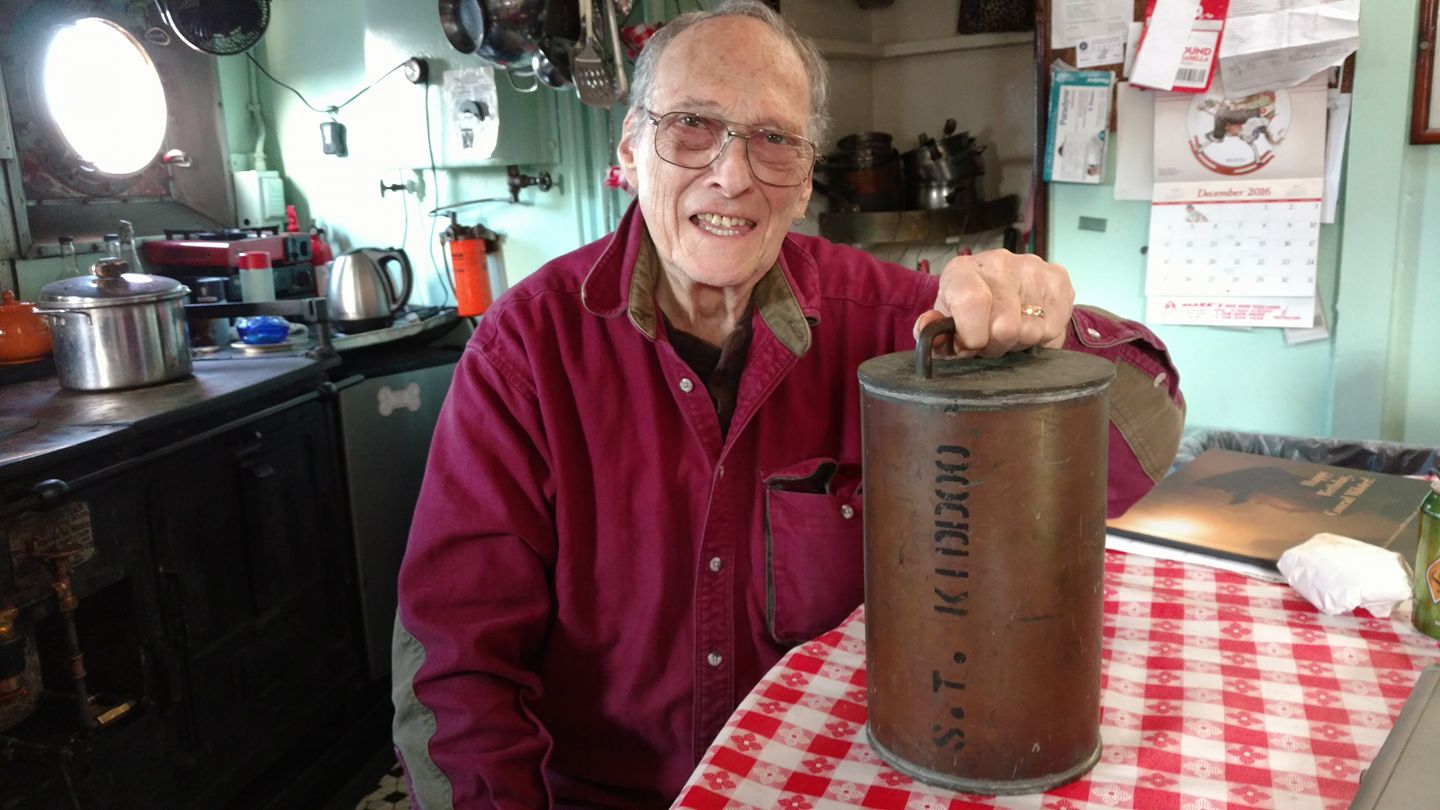 In her day, being an inventor and running a business was a rarity and  represented a considerable uphill battle for a woman - in any field but certainly in the maritime sector. At age 60, in 1886, Martha Coston wrote an autobiography about her early strugles and then enjoying success.Tweet this factoid