Many Puerto Ricans migrated to Brooklyn aboard the SS CAROLINA.  From 1906 - the year the New York and Porto Rico Steamship Company purchased the vessel until June 2, 1918, the day the ship was sunk by a German U-boat during World War One, the SS Carolina made regular trips between Puerto Rico and Pier 35, Atlantic Basin in Red Hook, Brooklyn. The SS Carolina was still remembered decades later when it was celebrated in song.

In addition to being the ship that brought Puerto Ricans to a new life in the States, it also carried them back home for visits, carried tourists and cargo. 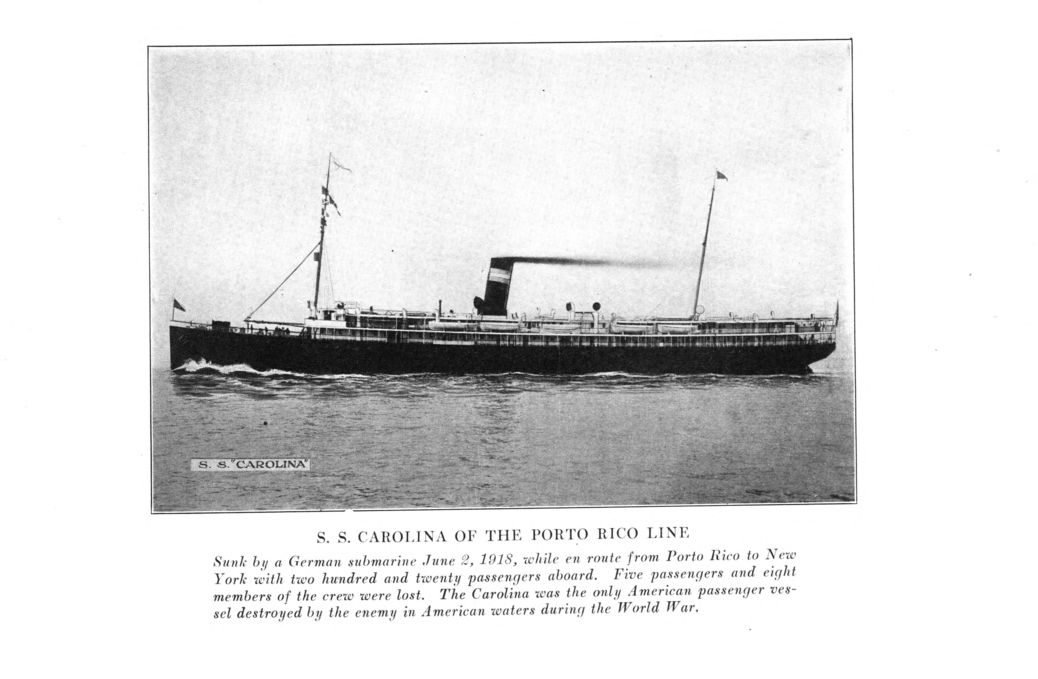 The German submarine had allowed the passengers and crew to flee to the lifeboats before torpedoing the Carolina.  But eight passengers and five crew members were killed when one of the boats capsized. These, according to US Navy records, were the "first loss of life charged to enemy submarine activity off the American Atlantic coast."

The rest were rescued by the Schooner Eva B. Douglas.  An account by the Daily Star of Greater New York says that the schooner arrived at Pier 35 Brooklyn, shortly before 6 am on June 5th, with 150 passengers and ninety-four crew members of the SS Carolina.  "The schooner was in tow of a tug and trailing were two of the Carolina's lifeboats.  Few of the survivors had saved even their clothes and most of them were wrapped in blankets." 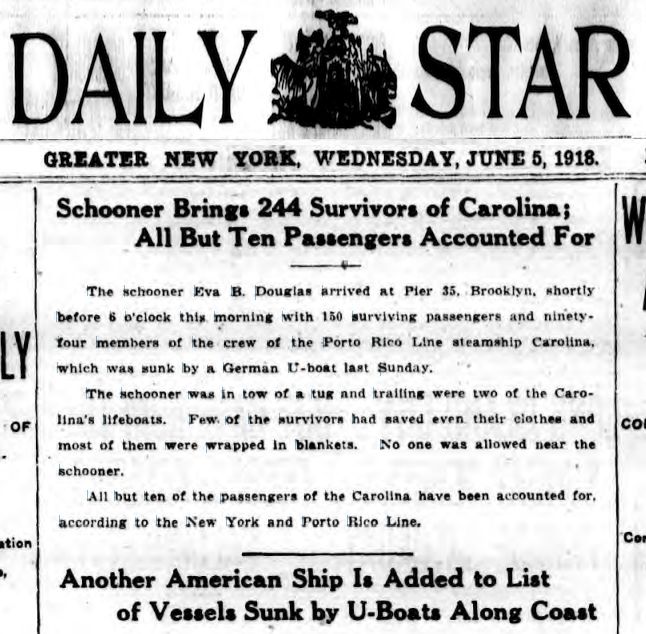 In 1910, the SS Carolina had a collision with an oil barge.