A building boom was expected for Red Hook Point in 1851. New streets were being constructed and a cotton mill was planned. Cotton was grown in the South but since the opening of the Atlantic Docks, in 1845, shiploads were coming to Red Hook to be warehoused and redistributed.  (This also meant that New Yorkers were profiting from the labor of slaves in the South.)

A large number of shanties were allowed to be built on the undeveloped land in the area, with the understanding—at least by the owners—that at some point they might be removed to make way for developments.

The cotton mill venture, with all its envisioned jobs did not prove successful. 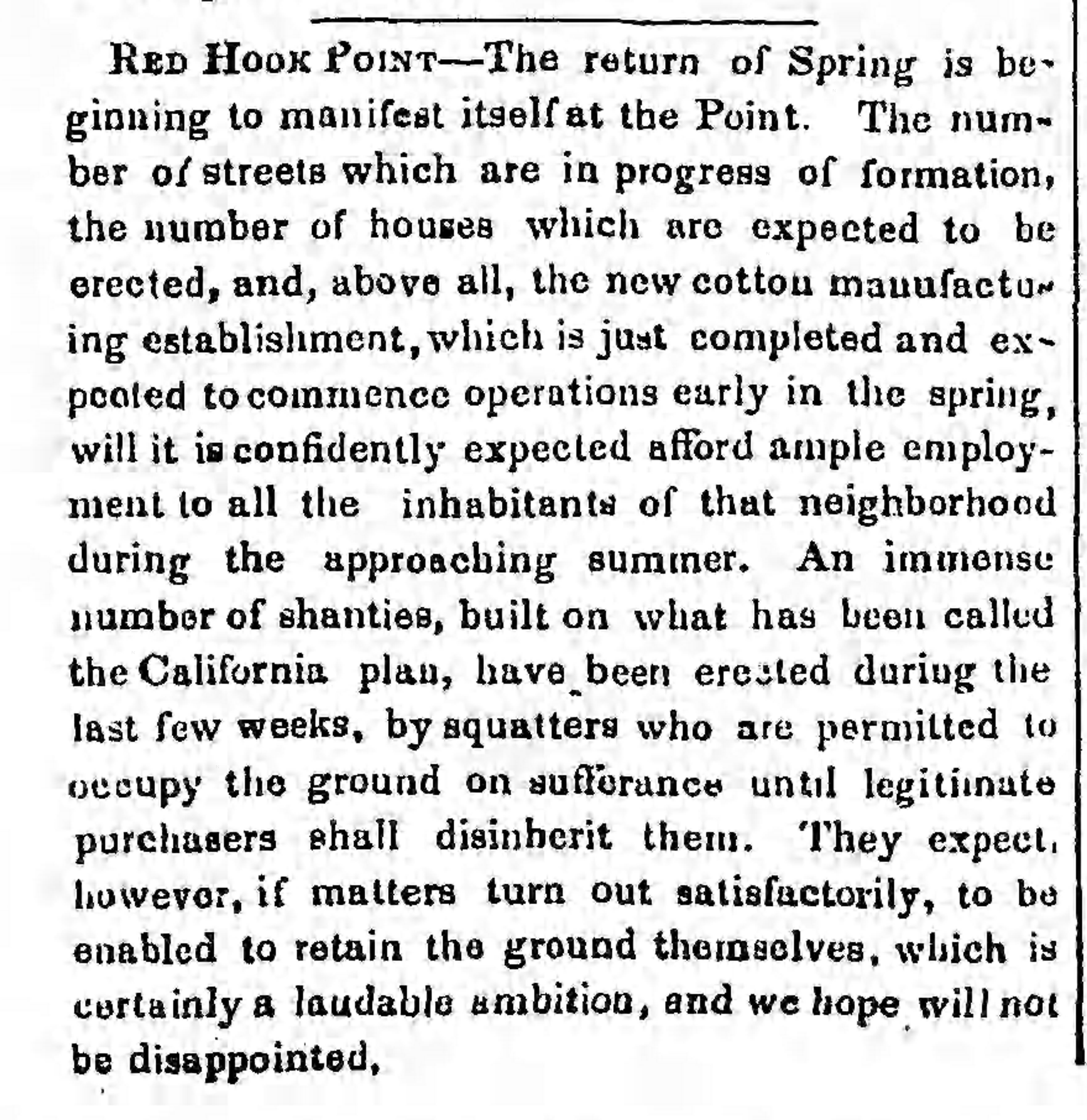 Text of article in the March 1, 1851 editon of  The Brooklyn Daily Eagle


Red Hook Point – The return of Spring is beginning to manifest itself at the Point.  The number of streets which are in progress of formation, the number of houses which are expected to be erected, and, above all, the new cotton manufacturing establishment, which is just completed and expected to commence operations early in the spring, will it is confidently expected afford ample employment to all the inhabitants of that neighborhood during the approaching summer.  An immense number of shanties, built on what has been called the California plan, have been erected during the last few weeks, by squatters who are permitted to occupy the ground on sufferance until legitimate purchasers shall disinherit them.  They expect, however, if matters turn out satisfactorily, to be enabled to retain the ground themselves, which is certainly a laudable ambition, and we hope will not be disappointed.