Halleck was officially plotted and named by the City of Brooklyn in 1835.

Halleck Street was possibly named after Fitz-Greene Halleck (1790 - 1867), an American poet very popular in his day.  Beginning in 1832, he became the private secretary to very wealthy John Jacob Astor.  Although this is speculation, Fitz-Greene was well known and connected with the rich and powerful.

Sections of Halleck Street – between Columbia and Court Streets – are now part of Red Hook Park and the Red Hook Soccer fields.

This history is currently very much under discussion due to the surge in last mile fulfillment centers being built in Red Hook. One of the proposals for dealing with the resulting huge increase of truck traffic is a proposal, supported by multiple community voices including PortSide NewYork, to reconnect Halleck Street and put the truck route there, moving it off Bay Street where the trucks will be bisecting the parks, run past the Red Hook Food Vendors, the BASIS school and two sides of the Red Hook Farm.

If the truck route were moved south to Halleck, trucks would only pass one side of the farm and allay concerns about people being hit by trucks as they cross Bay Street near the pool, Rec Center and ballfields.

More info on Red Hook last mile issues at RHAFTS (Red Hook Advocates for Traffic Solutions) and a PortSide blogpost about a 6/23/22 public meeting about last mile in Red Hook.

The research below, provided by cartographer Eymund Diegel, provides some historical background to untangle Halleck Street right of way changes over time and space. 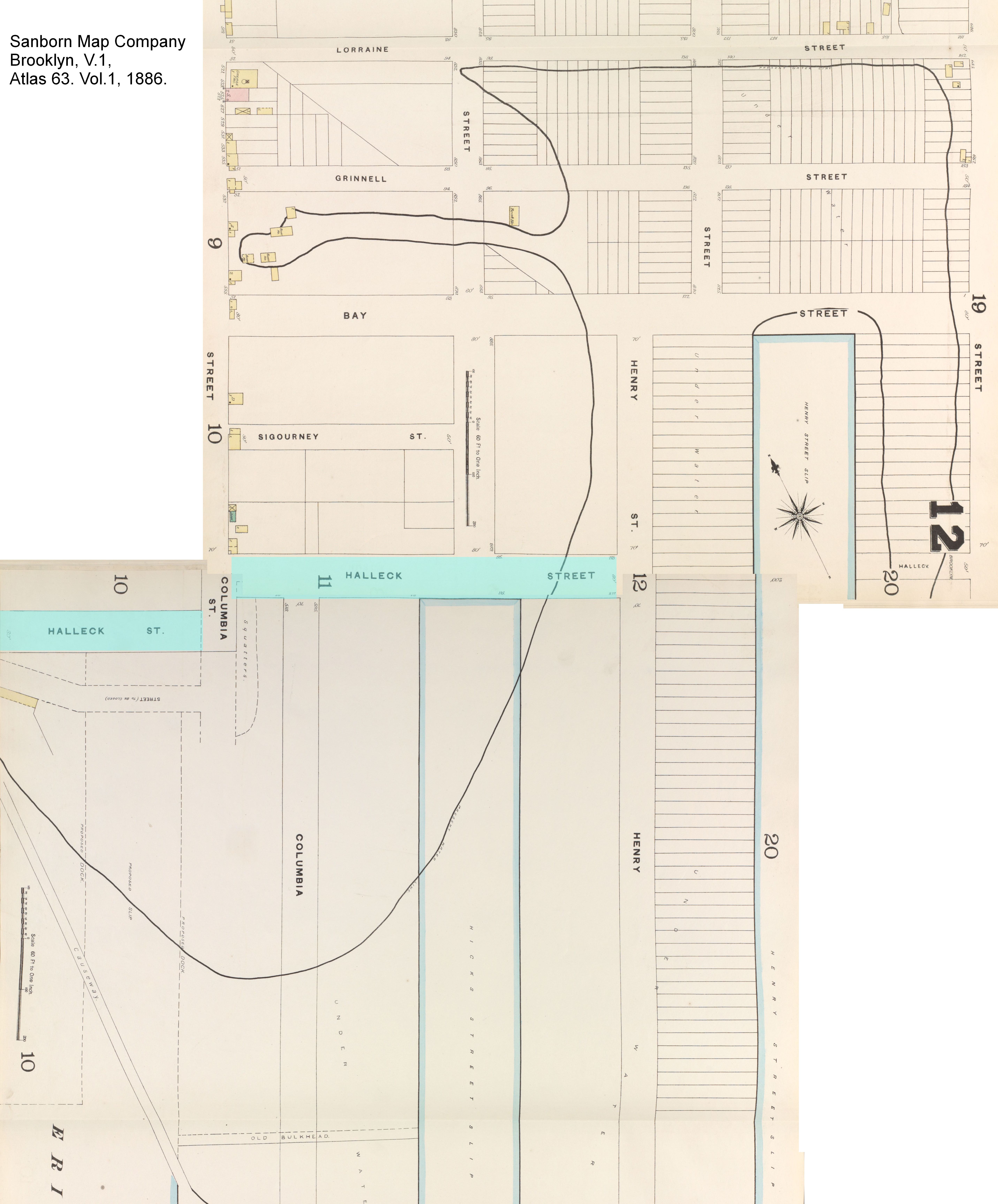 Diegel adds that the slight bend at Halleck & Columbia Street intersection is a remnant of an original Native American Lenape trail leading to a fishing settlement. “That dog leg Indian Trail remnant had a mapped squatter settlement in 1880's most likely because of the murky legal right of way relic status.” 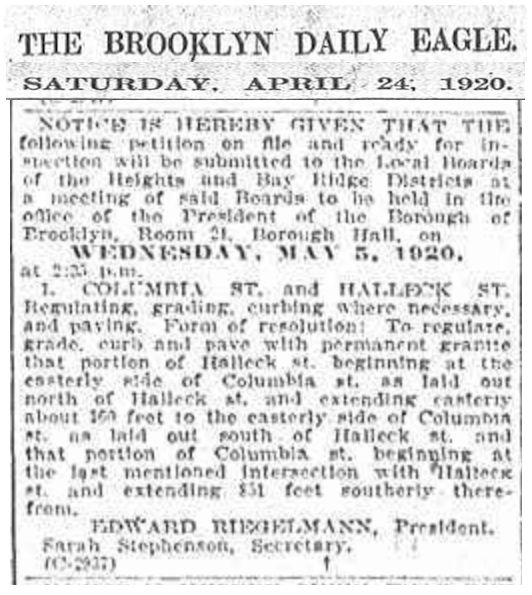 Section of a 1924 aerial map showing Henry Street Basin (the dark rectangle) extending further north into what became Red Hook Rec area.  The canal of the basin extends up to what is today Bay Street, but back then, before they built Red Hook Houses or the Rec Center, there was no Bay Street cutting though there.

2018 NYC DCP / NYC DOITT Lot lines on top of 1924 Aerial showing original extent of Henry Street Basin prior to the circa 1935 landfilling, 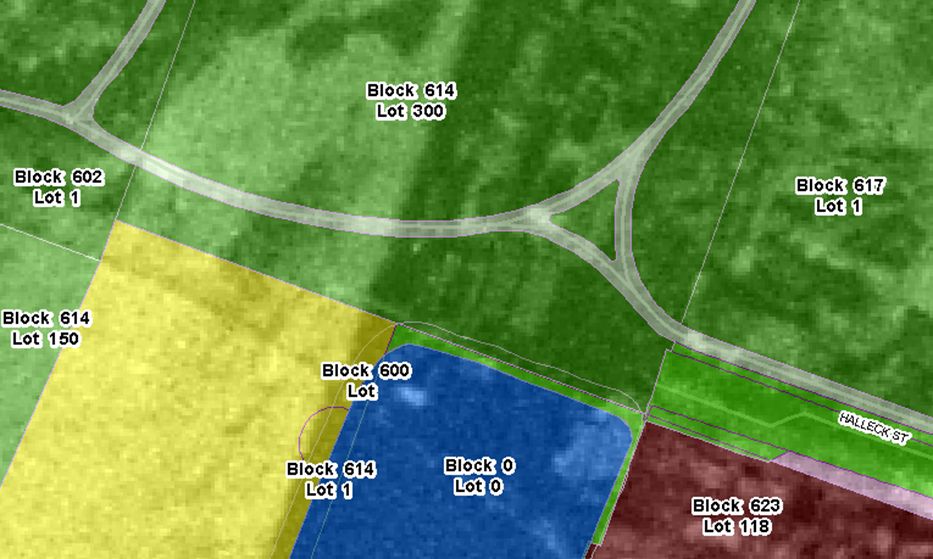 In the case of the Halleck Street stub (in lime green) because it is a private leased (publicly owned) street DOT only regulates the curb cut into Clinton St. Anything in dark green is maintained by Parks, and yellow are private lots with public city street egress right. (Yup, it gets complicated) 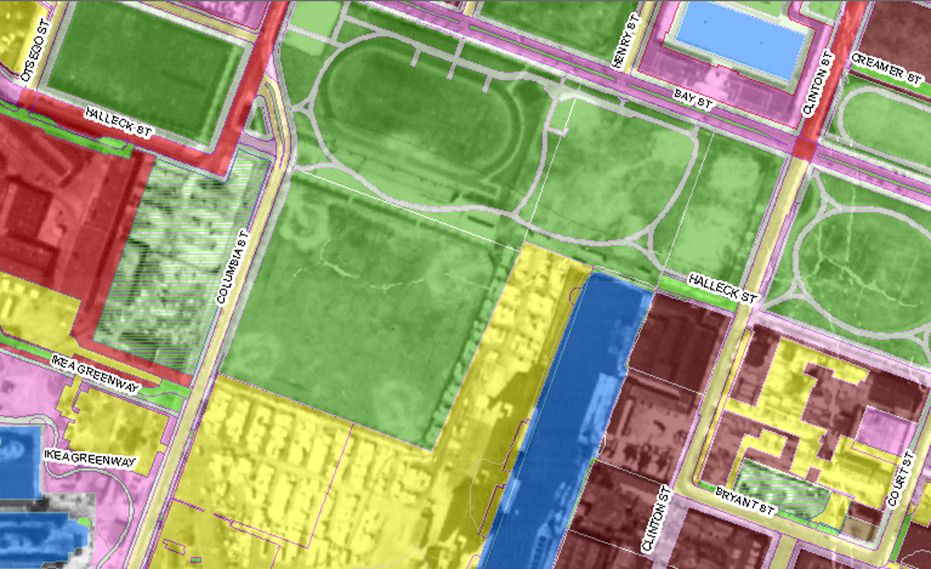 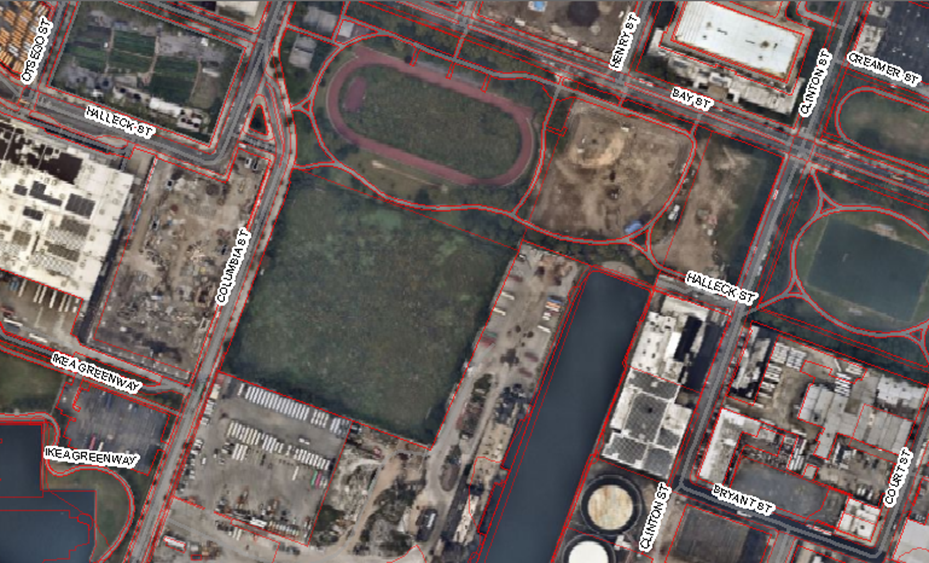 2020 Aerial view showing who owns what. The Halleck Street section seen at the lower right of the map is currently assigned to Parks, with DOT jurisdiction, under a public / private leasehold arrangement. The Halleck St sidewalk is privately owned by Sunlight.

The map shows that Halleck Street "right of way" in Block 614 Lot 150 is NYC Park property. There is some murkiness over upland high tide limits of the Henry Street Basin rip rap (Block 600) that is typically under federal or Army Corps jurisdiction, even while the Basin itself is privately owned by Gowanus Industrial Park / GBX. 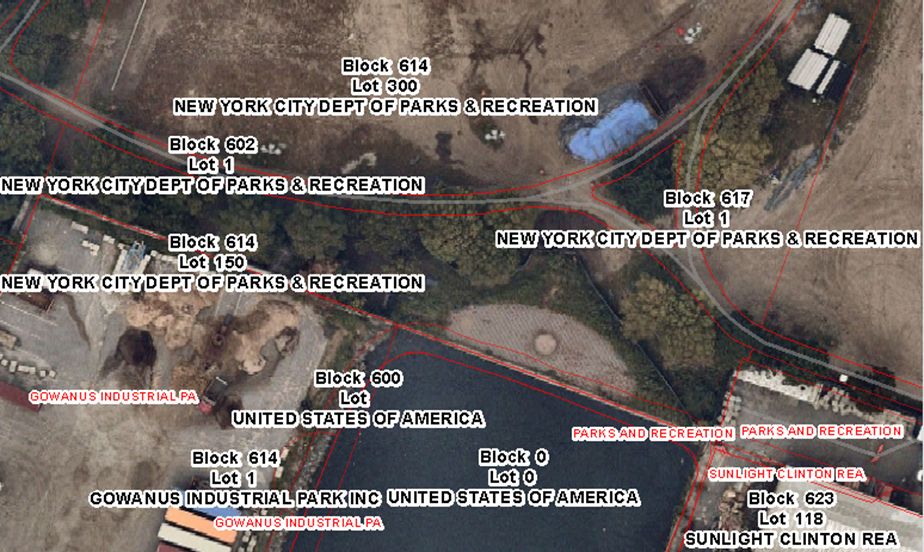 Jenny Young Chandler, photograph "Erie Basin, Young Crabbers"  shows the Henry Street Basin before filling and how close it was to the Parks pool 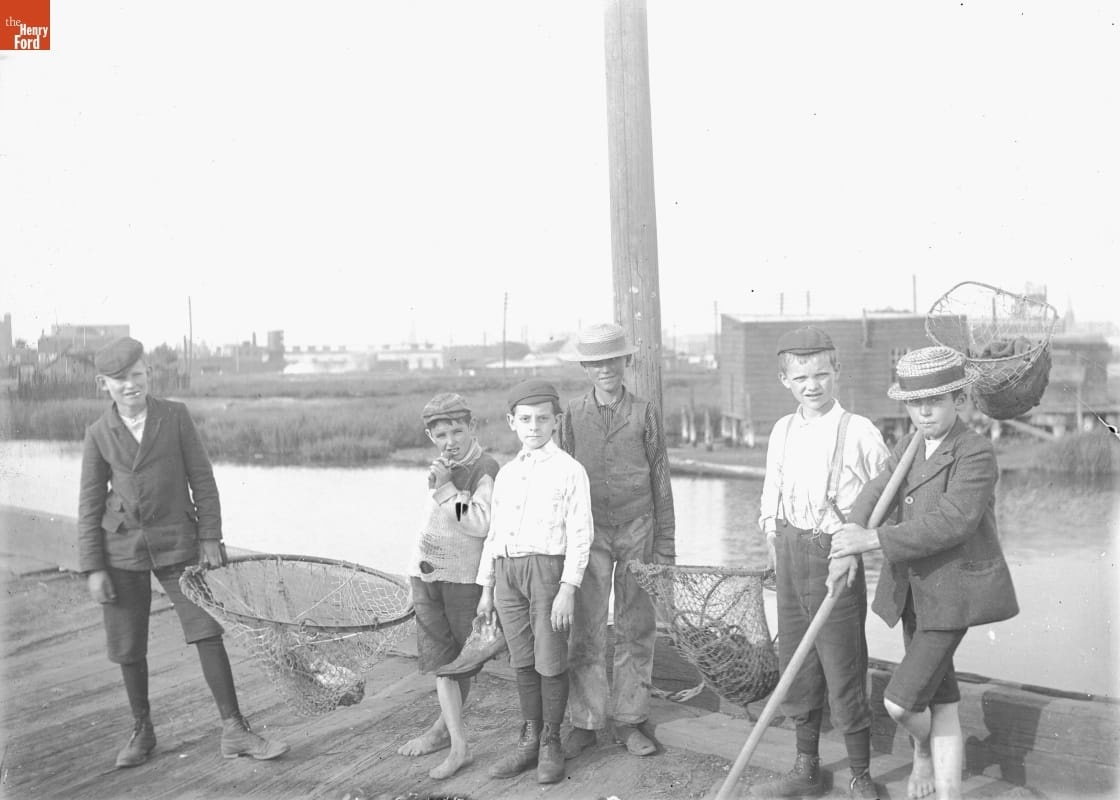