In 1922, New York City Mayor John F. Hylan, a strong advocate for expanding the subways, held public hearings on the topic. George T. McQuade of Coastwise Lumber & Supply Co. supported a line that would run down Hicks and Lorraine Streets in Red Hook. He said there were "between 150,000 and 200,000 men and women employed in the Red Hook section who were without adequate transportation to and from business." These employees included his own at Coastwise’s facility at the foot of Clinton Street. The subway never happened.
Hylan was mayor from 1918--1925. 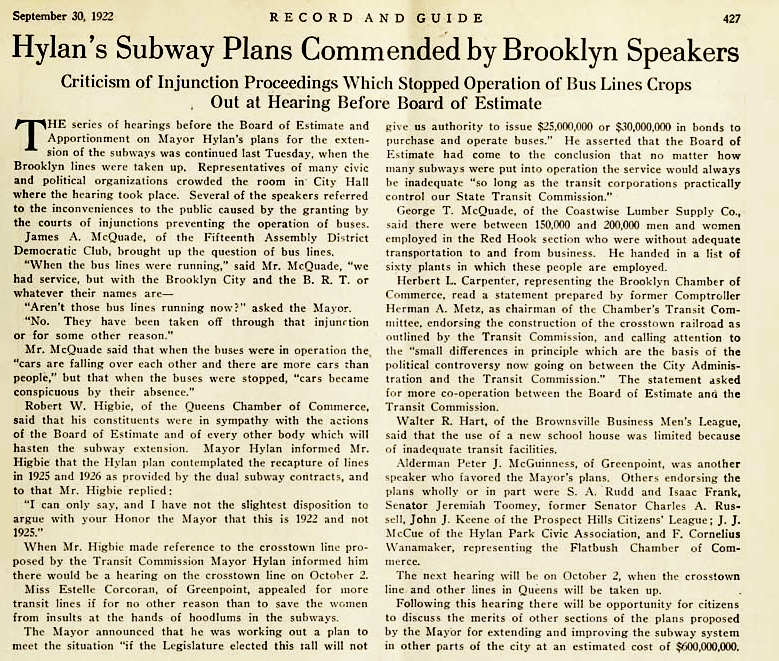