The New York Dock Company Railway moved cargo to and from ships, local warehouses and factories.  The railway was officially incorporated on October 1, 1912, as a wholly owned subsidiary of New York Dock Company.  It was formed from existing trains and track that the company used to move goods around since the beginning of the 1900s. 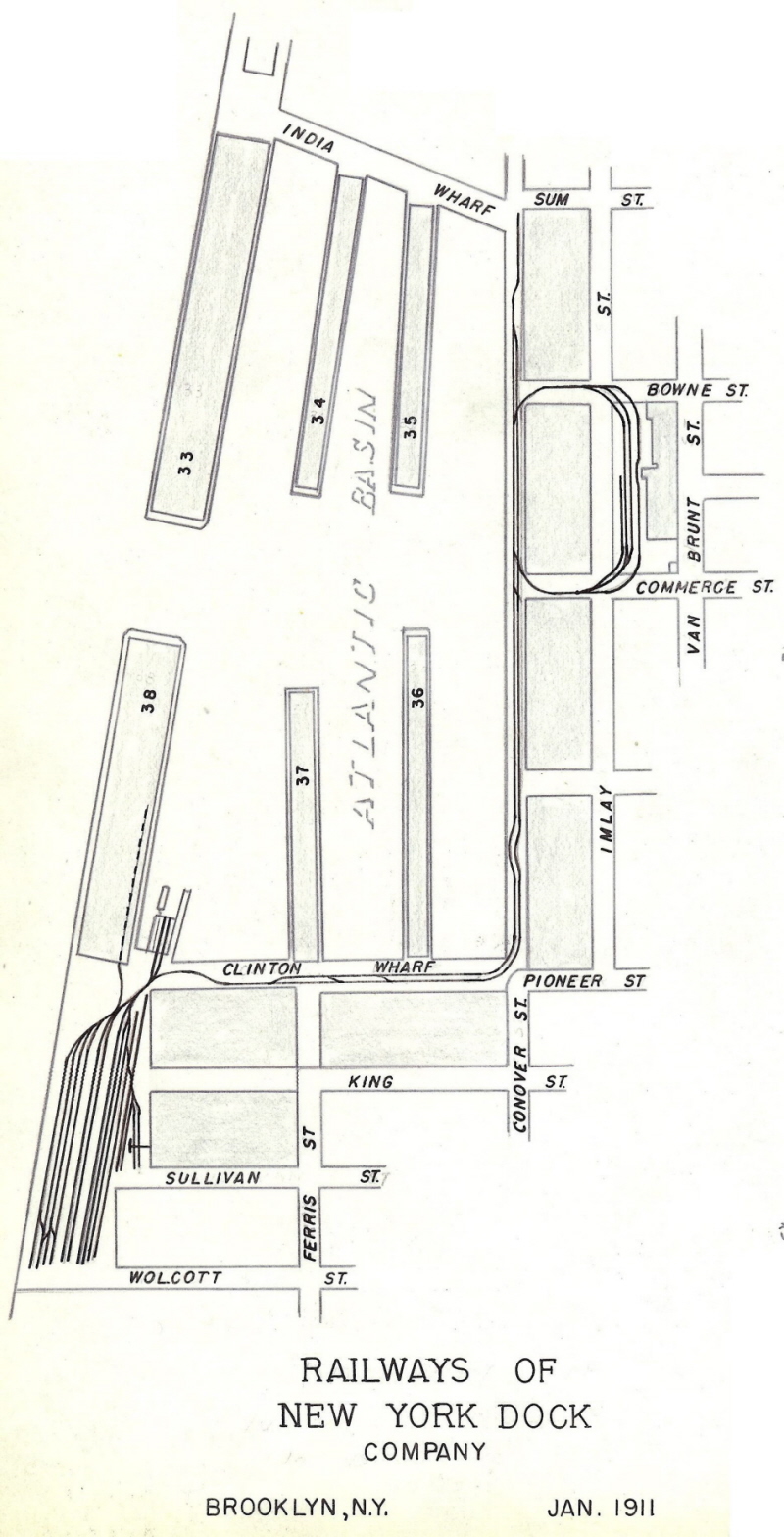 The New York Dock Company Railway also ran a carfloat - a barge with train tracks used to get train cars from the mainland across the harbor to Brooklyn. Barges would float freight cars from terminals in New Jersey and the Bronx to a train yard at Atlantic Basin, Red Hook.

In Atlantic Basin, and along much of the NY and NJ shorelines, a float bridge provided the transition from barge to land and vice versa.  A float bridge is an industrial-scale gangway that is lifted up and down according to the tide and allows train cars to roll on or off the barge onto train tracks ashore. 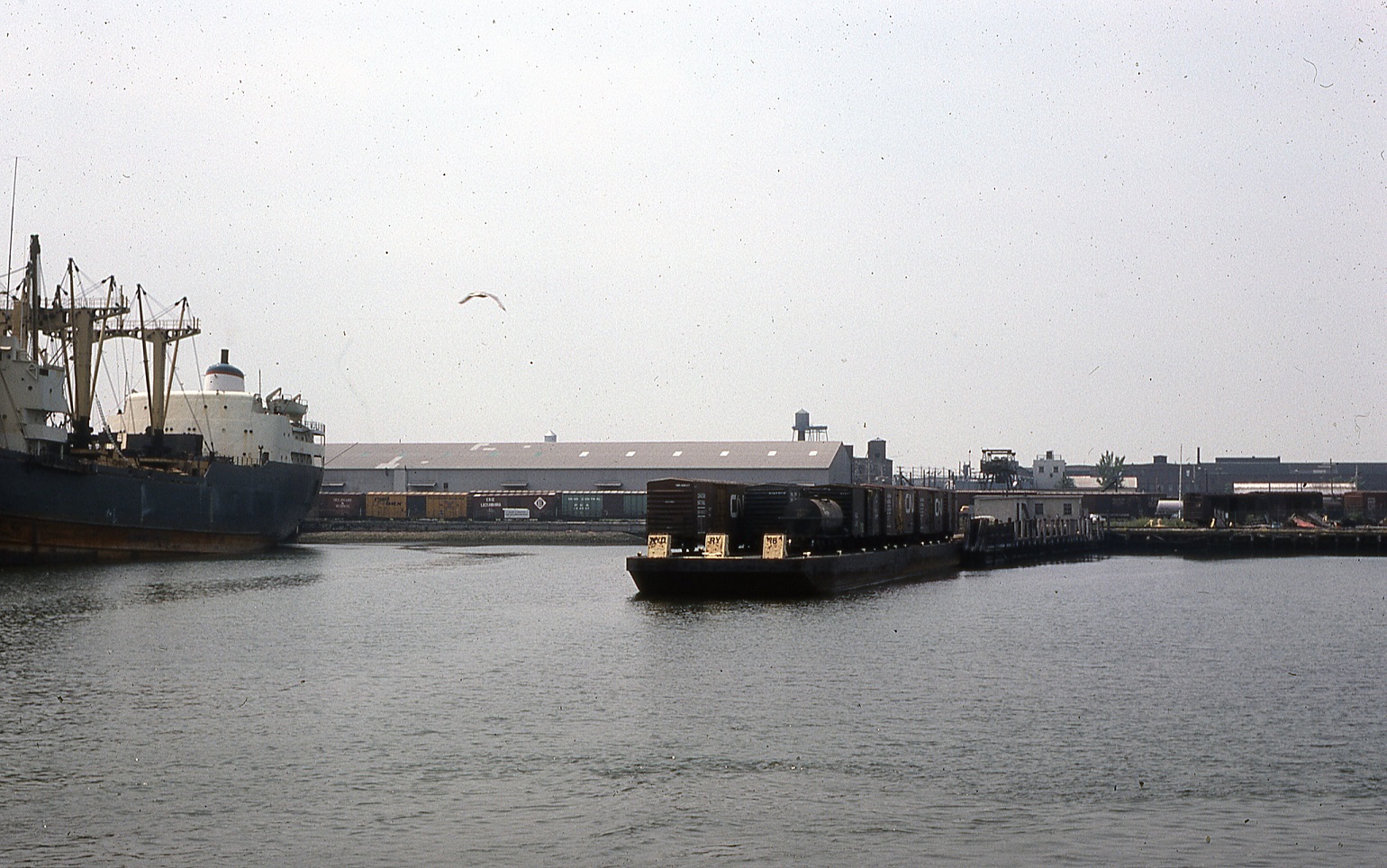 The tracks around Atlantic Basin, called Atlantic Terminal, were not otherwise connected to a longer rail line. Super short rail spurs brought the train cars in and out of nearby warehouses. You can see remains of this kind of system in Sunset Park, Brooklyn. 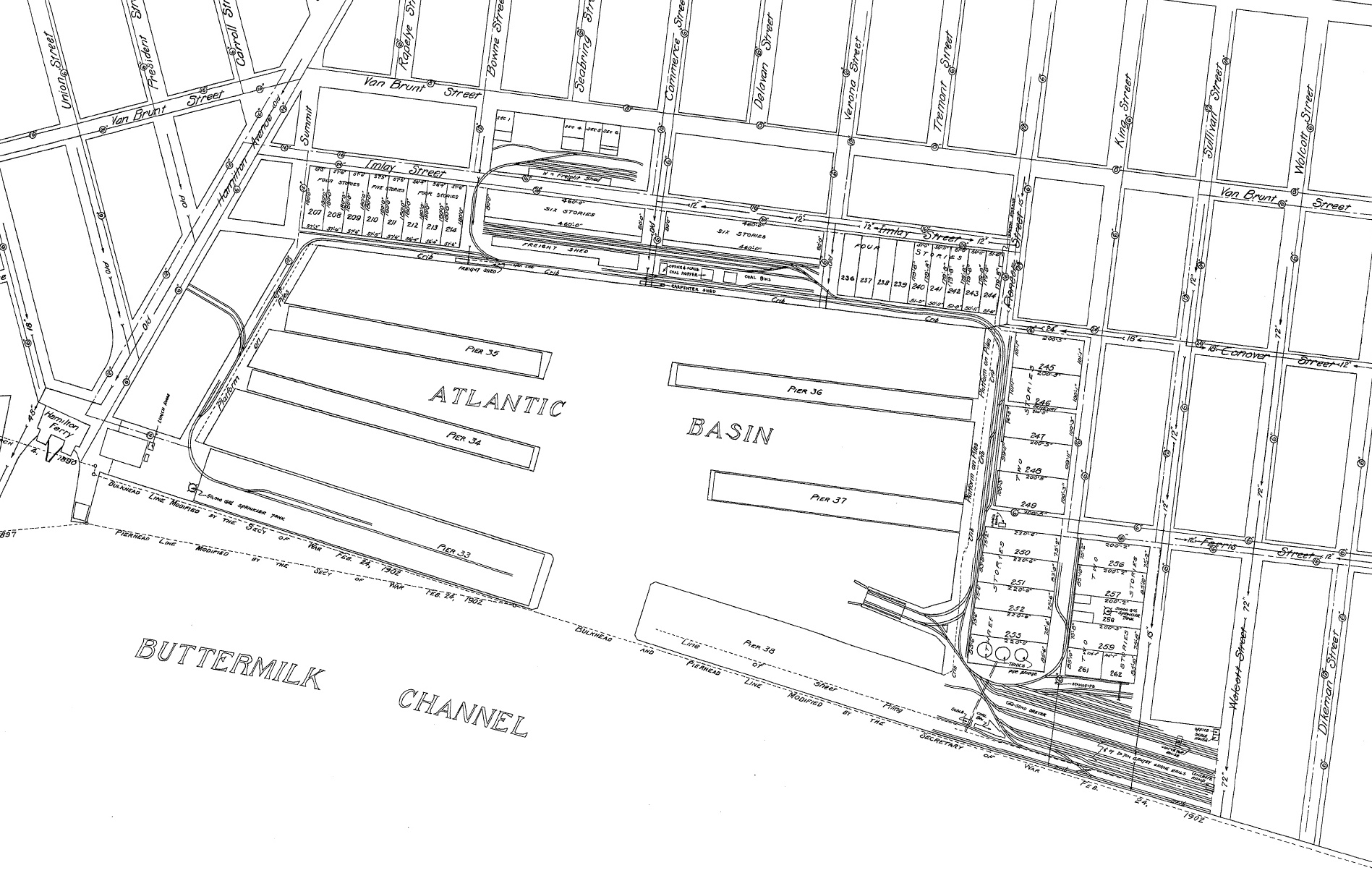 In 1920 the New York, New Jersey Port and Harbor Development Commission described Atlantic Terminal as being located at the foot of King Street, Brooklyn and:

served by one float bridge and a marginal railroad, and offers track delivery for carload freight, warehouses for general merchandise and carload freight service for the following steamship lines docking at its piers:

It also offers private siding services to various industries.
It is served by car floats operated by the New York Dock Company.

The Atlantic Basin railroad had previously been run by the Brooklyn Wharf & Warehouse Company which went bankrupt in 1901 and was purchased by The New York Dock Company.

The New York Dock company was primarily in the storage business.  Most of what it stored was food, and the majority of that was coffee beans. In 1919, the main non-food items coming to the Red Hook Stores were still agricultural: cotton and tobacco.

The New York Dock Company itself was purchased by tobacco company Dunhill International in 1959. Claiming unprofitability, New York Dock abandoned the rails in 1983. 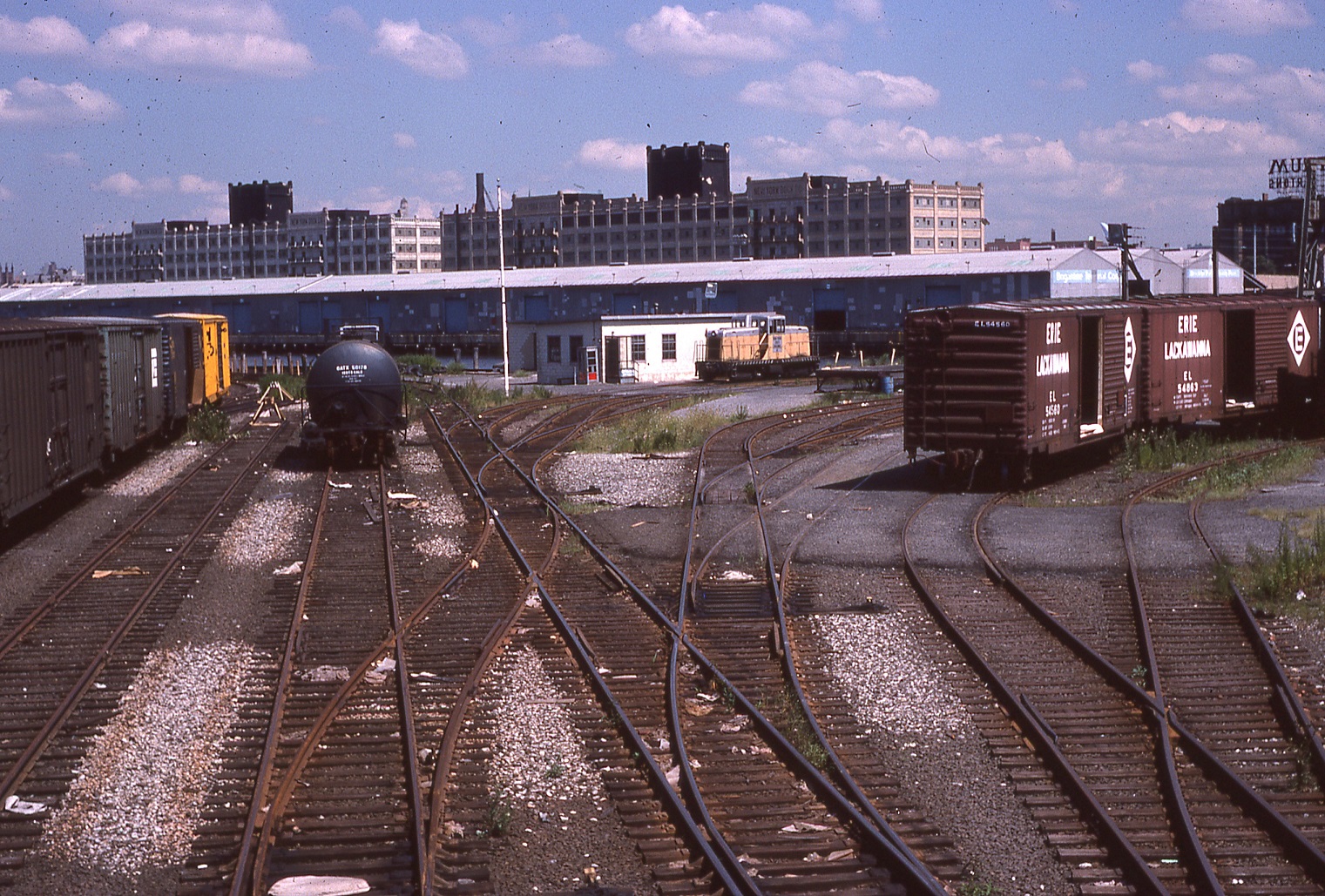 New York Cross Harbor then took over the operation and ran the rails and float for just shy of a decade, before the final trainload in 1992.

In 1996, New York City tore up the train tracks, and the float bridge in Atlantic Basin was removed to make way for the Brooklyn Cruise Terminal in 2006.

The last of those tracks, at the corner of Imlay and Bowne, were covered over around 2019.

Two giant New York Dock company warehouses on Imlay Street (the grey one becoming condos, the vanilla yellow one being Christie’s Fine Art Storage) originally defined the inland/eastern edge of the Atlantic Basin water space. That water space was downsized in the mid-20th century when Atlantic Basin was modernized to serve trucks picking up break bulk cargo (freight not in containers). This iteration of Atlantic Basin was obsolete soon after it opened due to the surge in containerization.

The photos below show remnants of the train tracks around Atlantic Basin, and views of the trains and tracks near the end of its operational life.

See the sources section at the bottom of the page for recommended links to more information and photos.