Please enable JavaScript in your browser settings.
Fullscreen MapMap Show Current LocationMy Location Get DirectionsDirections
Monday, July 9, 1866. – Mr. Fitch (and friends,) at 8:30 A.M. took ship out of Whitehall Slip, and sailed her down to Red Hook Point… During the morning, took in and stowed stores, bread, &c

In 1866, two men and a dog from Red Hook, set sail in a metal life-boat rigged like a sailing ship. 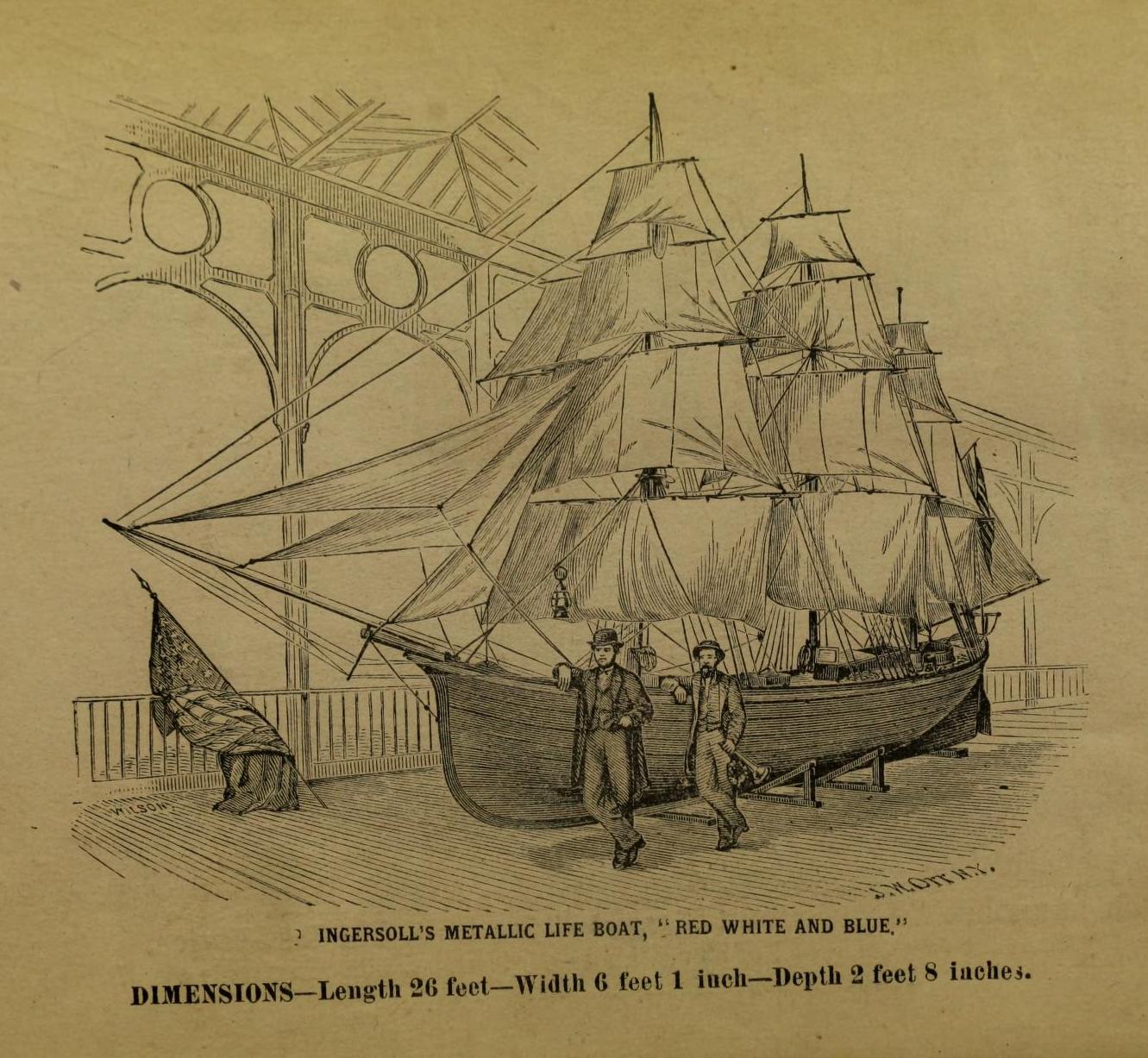 Captain Hudson and Mr. Fitch were out to prove the seaworthiness of the lifeboat , RED WHITE AND BLUE, designed by Brooklyn's Oliver Roland Ingersoll, by sailing it from New York to England.

38 days later, the small craft arrived in Margate England. The ship capsized four times en route but recovered each time without sinking. It surviving intact to be exhibited in the Crystal Palace, London. 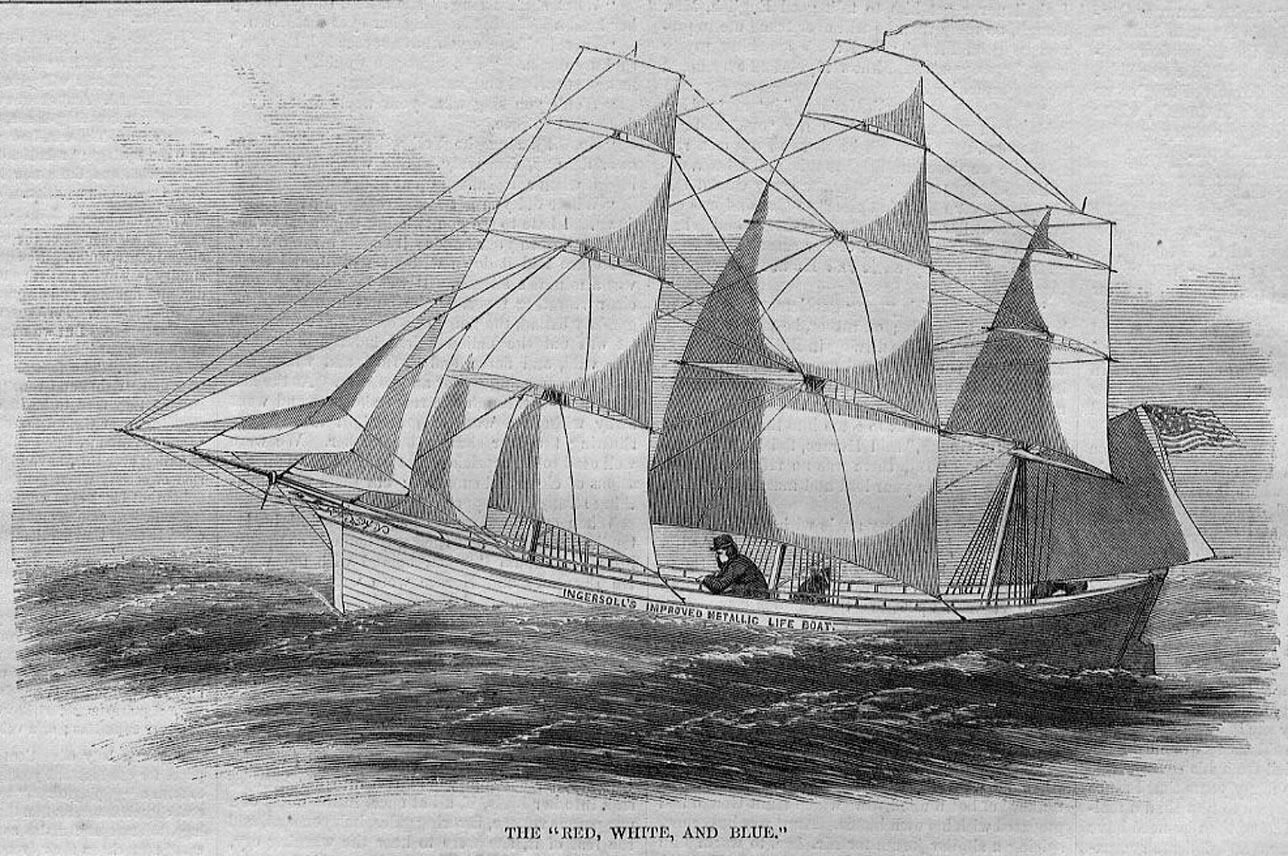 Despite the best efforts of the small crew, unfortunately, Fanny got sick and died just prior to their landing.


The RED, WHITE, and BLUE would not be the only small boat to start a trans-Atlantic crossing from Red Hook.  [See: "Items Relations" below]