Please enable JavaScript in your browser settings.
Fullscreen MapMap Show Current LocationMy Location Get DirectionsDirections
Red Hook has many famous ships associated with it. The GENERAL SLOCUM is probably famous for the saddest reasons of them all.

That made the SLOCUM famous. Her fame was then forgotten and re-remembered by most of the City over the years. The maritime community never forgot. 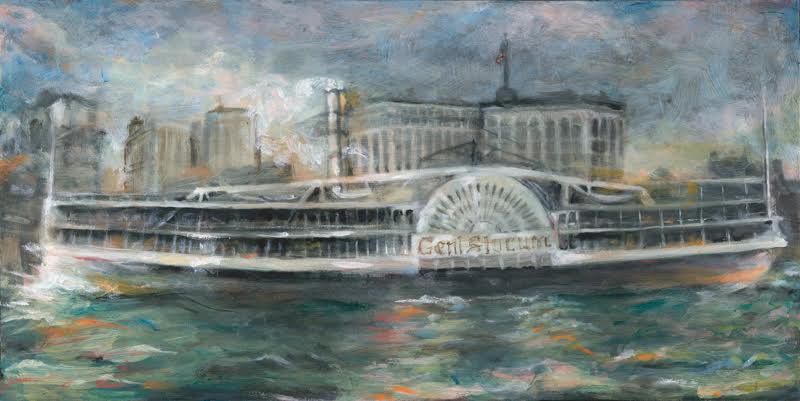 What is more consistently forgotten is that the SLOCUM was built in Red Hook. She was built by the wonderfully named Divine Burtis, Jr who had a shipyard at the southern end of Conover Street about where the Museum Barge, Pier 44 and garden are now.

The disaster wiped out the German-American community that was celebrating its annual outing aboard the ship. It was New York City’s greatest fire tragedy until the World Trade Center towers fell September 11, 2001.

It all started well. Construction started on the ship in December 1890, and she was launched just four months later in 1891. She was a steam-powered sidewheeler 235’ long and worked as an excursion boat. 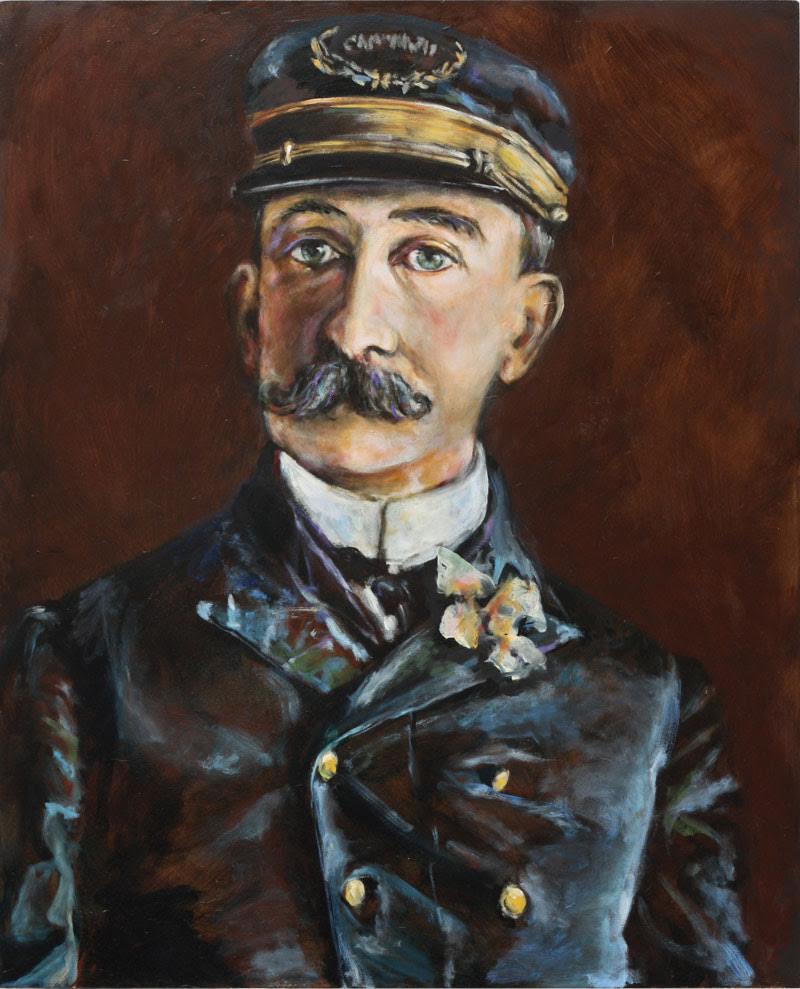 At the time of the accident, the owners of the ship ran her in a poorly maintained condition with the ship and crew utterly unprepared for an emergency.
The reasons for the large loss of life included the lack of maintenance of the fire hoses and life preservers to the extent that they were useless when needed, the lack of fire drills and established safety procedures, and  the failure of the inspection service to catch these issues.

The SLOCUM disaster goes through cycles of remembrance and forgetting. Why the forgetting?

According to Adella Wotherspoon who was the SLOCUM’S longest living survivor : ''The Titanic had a great many famous people on it,'' she said. ''This was just a family picnic.'' 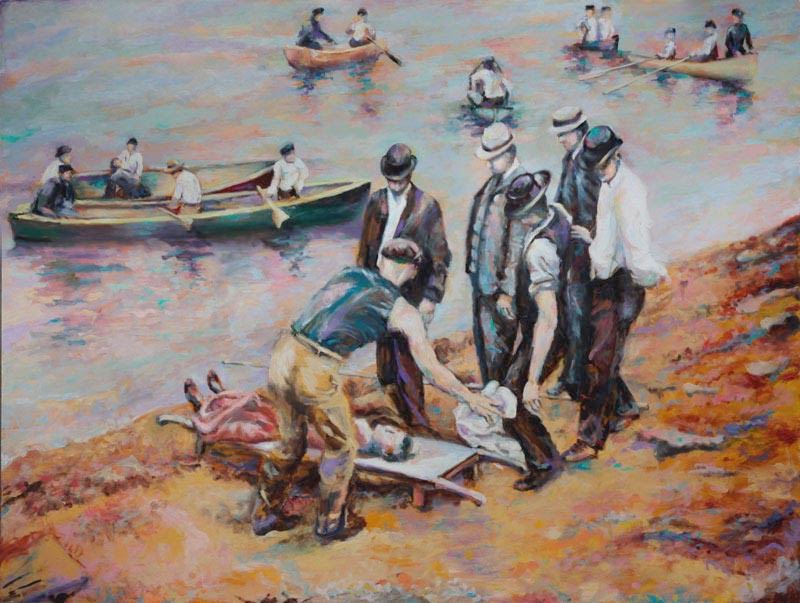 According to others, the anti-German feelings during WWI, suppressed interest in the story.

The disaster is memorialized in the famous novel, ''Ulysses'' by James Joyce where the General Slocum disaster provides a time stamp as the day before Joyce's Bloomsday ''Terrible affair that General Slocum explosion. Terrible, terrible! A thousand casualties. And heartrending scenes. Men trampling down women and children. Most brutal thing.''

The disaster was recalled in 2004 when the last survivor died, Adella Wotherspoon, aged 100 years and on the occasion of the 100th anniversary of the tragedy. 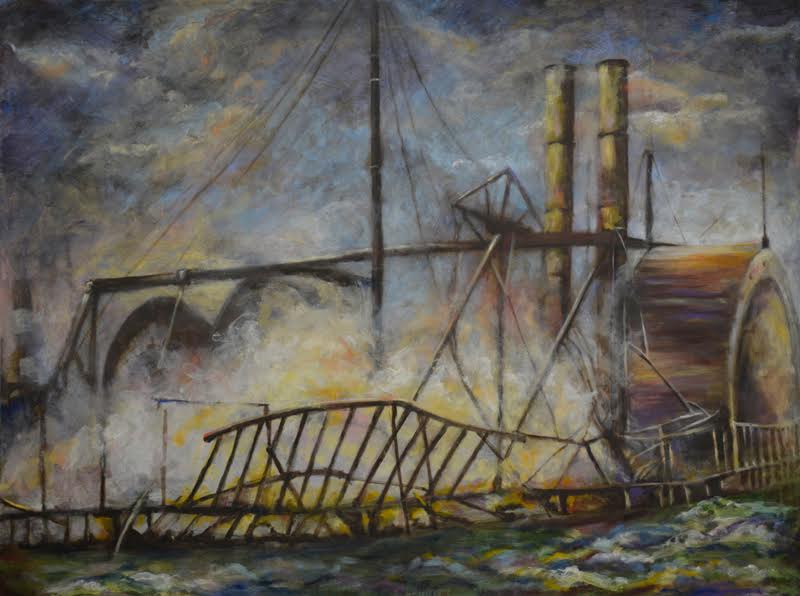 The horrors of 9/11 prompted another wave of remembering.

In a New York Public Library blog about the Slocum Disaster, also written in 2011, Valerie Wingfield suggests that the Triangle Shirtwaist Factory fire of 1911 and the sinking of the Titanic in 1912 “may have focused people’s attention elsewhere."

Cindy Vojnovic, An artist who formerly lived in Red Hook has created a whole exhibit of paintings about the disaster.

“I was astounded that such a huge disaster has so completely vanished from the public memory, even in New York City where it happened,” said Vojnovic, who began researching the disaster in 1987. 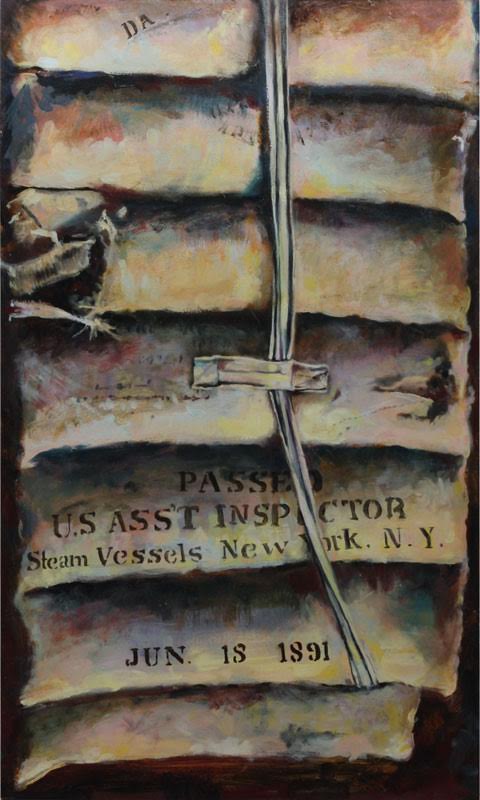 “The General Slocum Disaster ... was entirely the result of human error, corruption and greed,” says Vojnovic. “For many years I have wanted to do artwork based on the event that could reach people in a different way than an historical text or illustration.”