This image of the Grace Lines warehouse in Atlantic Basin comes from a scrap book (1924-1925 page 28) in the collection of the Seaman's Church Institute. 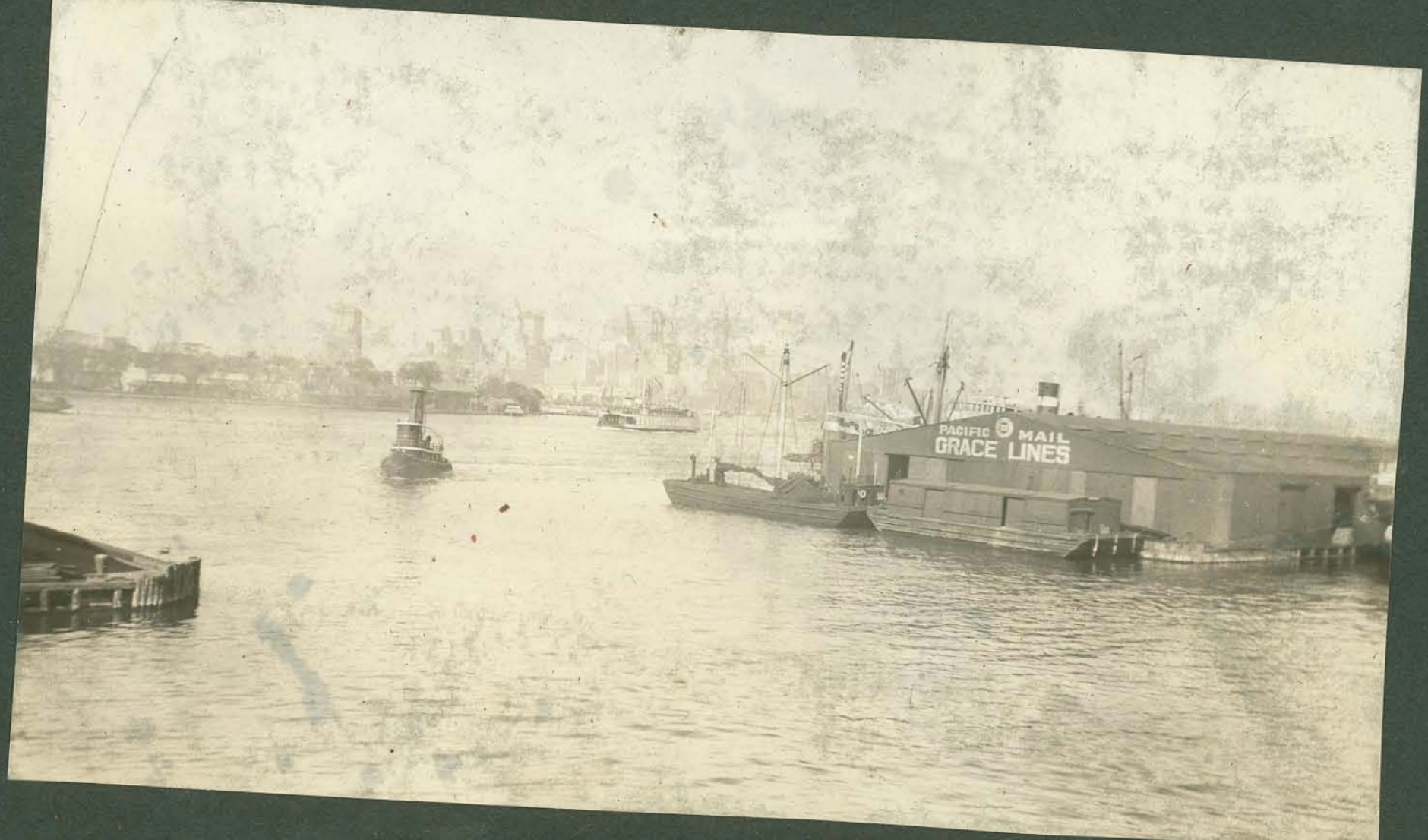 In the background of the photo to the left of the Grace Lines warehouse Governors Island with Manhattan in the hazy distance can be seen. SCI's 25 South Street is just to the right of the ferryboat at the top of Buttermilk Channel.

In a Facebook Post, the Seaman's Church Institute noted that: "Today, the Grace Lines pier is Brooklyn's container terminal and the pier just visible on the left is the NYC terminal for Cunard's Queen Mary 2." A 1933 photograph of the interior of the transit shed of the Grace Line Pier is part of the Education Department, Division of Visual Instruction. Instructional lantern slides, 1911-1925 collection in the New York State Archives.  The warehouse is filled with sacks, boxes, and barrels of oil, beans, coffee, and fruit from South America. The Grace Lines advertised as sailing to the South American countries of Panama, Columbia, Ecuador, Peru, Bolivia, Chile, Argentina and Cuba in 1938.  One of the ships of the Lines was the Santa Barbara, built in 1928.  After a decade plus of moving passengers and cargo the ship was converted to an attack transport ship and renamed USS McCawley APA-4 during WWII.  The retrofit was done by the Atlantic Basin Iron Works. Unfortunately, for the ship and her crew, the vessel did not survive the war.